Last Songs from great Classic Rock albums is our theme this week. Today’s is one of my favorites from Paul McCartney and Wings Band On The Run album from 1973. Saw it live at Wrigley Field last summer!! Click album cover to play. 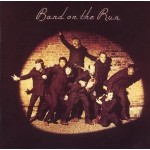 Band on the Run is an album by Paul McCartney & Wings, released in 1973. It was Wings’ third album. It became Wings’ most successful album and remains the most celebrated of McCartney’s post-Beatles albums. It was 1974’s top-selling studio album in the United Kingdom and Australia, and revitalised McCartney’s critical standing.

At the 17th Grammy Awards in 1975, the group received three nominations and from those nominations, only two had been garnered.[2] The title track won Best Pop Vocal Group; for the album itself won Best Engineered Recording and because it lost to Stevie Wonder’s Fulfillingness’ First Finale, the album just nominated for Album of the Year. Thirty-nine years after the release of the album, Band on the Run was re-release as part of the Paul McCartney Archive Collection. Due to its reissue in its Deluxe Edition format, the Grammy Awards caught the attention again to the album as it won for Best Historical Album at the 54th Grammy Awards in February 12, 2012.[3]

In 2000 Q magazine placed Band on the Run at number 75 in its list of the 100 Greatest British Albums Ever. In 2003, the album was ranked #418 on Rolling Stone magazine’s list of the 500 greatest albums of all time.[4] A contemporary review by Jon Landau in Rolling Stone described the album as “(with the possible exception of John Lennon’s Plastic Ono Band) the finest record yet released by any of the four musicians who were once called the Beatles.”[5]

It was the last McCartney album issued on the Apple Records label and to date, the album did only manage to sell over seven millions copies worldwide[6