We have even another great cover tune for you today.It was done not long after the original version came out in 1970. It even ranked higher on the charts too.It’s by the Isley Brothers. Take a listen please. 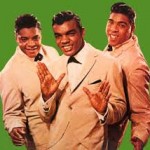 The Isley Brothers originally came from Cincinnati, Ohio and were originally raised at the city’s Lincoln Heights suburb, eventually settling at the satellite town of Blue Ash when they were teenagers. The brothers’ father, O’Kelly Isley, Sr., a former United States Navy sailor and vaudeville performer from Durham, North Carolina, and Georgia-reared mother Sallye, guided the elder four Isley boys in their singing while at church. Patterning themselves after groups such as Billy Ward and His Dominoes and The Dixie Hummingbirds, the brothers began performing together in 1954.[3] Eventually the brothers landed a spot on Ted Mack‘s Amateur Hour where they won the competition, winning a watch.[3] With Vernon on lead vocals, the quartet soon began touring all over the Eastern US regions performing in a variety of churches. When Vernon was thirteen, he was killed after a car struck him as he was riding his bike in his neighborhood. Devastated, the remaining trio disbanded.[3]

Eventually convinced to regroup, the brothers decided to record popular music and left Cincinnati for New York in 1957 with their parents’ blessings.[4] With Ronnie assuming the lead vocal position in the group, the group got into contact with Richard Barrett, who soon had the group in contact with a variety of New York record producers, eventually having their first records produced by George Goldner, who recorded the group’s first songs, including “Angels Cried” and “The Cow Jumped Over the Moon” for the Teenage, Cindy and Mark X imprints.[5] The songs were only regional hits, however. By 1959, the group landed a recording deal with RCA Records. Later that year, mixing their brand of gospel vocalizing and doo-wop harmonies, the group recorded their first composition together, “Shout“, a song devised from a Washington, D.C. club performance in which the brothers had covered Jackie Wilson‘s “Lonely Teardrops“.[5] The original version of the song peaked at 47 on the Billboard Hot 100 and never reached the R&B chart. Follow-up recordings on RCA failed to chart and the brothers eventually left the label in 1961, later signing with Scepter Records. In 1962, the brothers scored their first top 40 hit with the Bert Berns song, “Twist & Shout“, which reached number 17 on the Hot 100 and number 2 R&B, staying on the charts for 19 weeks.[6] The song had been produced by Berns for the brothers to teach then struggling producer Phil Spector how to produce a hit