You are here: Home / Sports / Baseball / Chicago is Sad about Brandon Saad, Happy About WWC 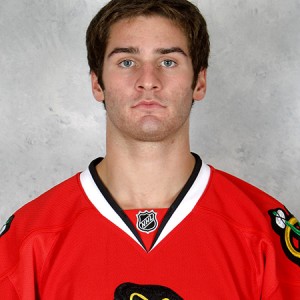 ….John Poulter joins us to dissect the trade of promising young Blackhawks winger Brandon Saad in a seven player deal with Columbus.  It’s no surprise that money was at the root of the deal.  The cap strapped Hawks had to make a move before the possibility of getting very little for the restricted free agent. John and Steve also analyze the two semifinal games in the FIFA Women’s World Cup.

Later, Steve and Dave discuss the rich sports history of North Carolina(not just college hoops), and  Jeff Rich talks to us with a mid-season look at Major League Baseball, and why hockey is struggling  in the Valley of the Sun.