You are here: Home / Music / British Invasion / Today in Rock History – May 23 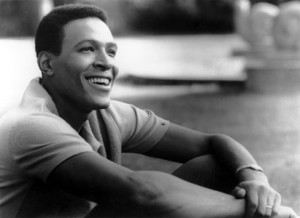 1969, Bob Seger performed at the Hullabaloo Club in Oregon, Ohio.

1969, Sly and the Family Stone, Clarence Carter, and Rotary Connection performed the first of a two night stand at the Fillmore East in New York.

1970, Paul McCartney’s debut solo album, McCartney, started a three-week run at number one on the US album chart.

1970, The Beatles album Let It Be started a three week run at number one on the UK charts.

1970, The Grateful Dead played their first gig outside the US at The Hollywood Rock Music Festival, in Newcastle under Lyme, Staffs, England.

1973, Jefferson Airplane were prevented from giving a free concert in Golden Gate Park when San Francisco authorities passed a resolution banning electronic instruments. The group later wrote “We Built this City” about the ban.

1974, George Harrison announced the launch of his own record label, Dark Horse. 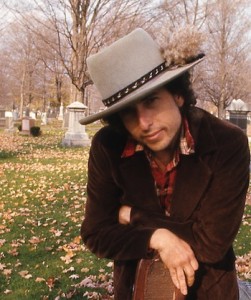 1977, Linda Ronstadt begins work on her Simple Dreams album at Sound Factory One in Los Angeles.

1978, Bruce Springsteen and the E Street Band kicked off their 117-show Darkness on the Edge of Town Tour at Shea’s Buffalo in Buffalo, New York.  Several of the shows are broadcast on radio and become instant classics.

1979, Due to a record company dispute, Tom Petty was forced to file for bankruptcy owing $575,000. A long-running battle with his record company followed.

1987, Twelve former members of the Doobie Brothers reunited for a charity concert at the Hollywood Bowl in Los Angeles. The show raised $350,000 (£220,000) for Vietnam veterans, about two-thousand of whom attended the show for free.

1991, Photographer Michael Lavine took what would be the publicity shots for Nirvana’s Nevermind album at Jay Aaron Studios in Los Angeles. The idea for the front cover shot of the baby swimming was taken after Kurt Cobain and Dave Grohl saw a TV documentary on water babies and was taken by Kirk Weddle. Several babies were used. five-month old Spencer Eldon’s photo came out best.

1992, Iron Maiden went to number one on the UK album chart with Fear Of The Dark, their third chart topping album.

2006, The king of Sweden presented the surviving members of Led Zeppelin with the Polar Music Prize in Stockholm recognizing them as “great pioneers” of rock music. Robert Plant, Jimmy Page and John Paul Jones were joined by the daughter of drummer John Bonham, who died in 1980. The Polar Music Prize was founded in 1989 by Stig Anderson, manager of Swedish pop group Abba, who named it after his record label, Polar Records.

2010, The Rolling Stones scored their first UK number one album in 16 years with the re-release of their classic 1972 double LP Exile On Main Street. The album, which was first released in 1972, had been reissued with previously unheard tracks. Their last chart topping album was 1994’s Voodoo Lounge