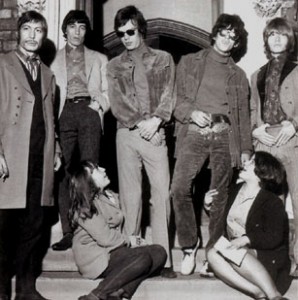 1966, The Rolling Stones started a two week run at No.1 on the singles chart with “Paint It Black,” the group’s third No.1 single.

1966, European radio stations mistakenly report that The Who’s lead singer Roger Daltrey is dead. Actually, it was guitarist Pete Townshend who had been injured in a car accident a few days earlier.

1967, Printed in this week’s music weekly Melody Maker’s ad’s pages, “Freaky lead guitarist, bass and drummer wanted for Marc Bolan’s new group. Also any other astral flyers like with car’s amplification and that which never grows in window boxes, phone Wimbledon 0697.” The band who formed as Tyrannosaurus Rex, went on to release four underground folk albums before becoming known as T Rex.

1968, Working at Abbey Road studios in London on the White Album, John Lennon worked on “Revolution 9” in studio 3, while Paul McCartney recorded “Blackbird” in studio 2.

1969, The Beatles were at No.1 on the singles chart with “The Ballad Of John and Yoko,” the group’s 17th No.1. Only two Beatles played on the track, John Lennon and Paul McCartney. 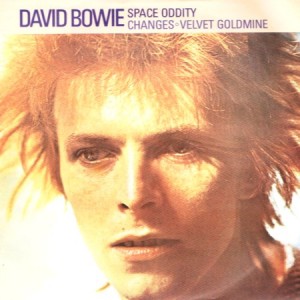 1970, Traffic jammed at the Fillmore East in New York.

1970, The Rascals, Poco, and Alee Keith played at The Warehouse in New Orleans, Louisiana.

1972, Led Zeppelin performed at the Civic Center in Baltimore.  Tickets were priced from $5.50 – $7.50. The set list was: Immigrant Song, Heartbreaker, Black Dog, Since I’ve Been Loving You, Stairway to Heaven, Going to California, That’s the Way, Tangerine, Bron-Y-Aur Stomp, Dazed and Confused, What Is and What Should Never Be, Moby Dick, Whole Lotta Love (medley incl. Let That Boy Boogie, I Need Your Love Tonight, Hello Mary Lou, Heartbreak Hotel, I’m Going Down, Going Down Slow), Rock and Roll, Communication Breakdown.

1972, The Rolling Stones play the Forum in Inglewood, California. The opening act is Stevie Wonder.

1974, The Who headlined at Madison Square Garden in New York.

1975, The Rolling Stones appeared at the Garden in Boston, Massachusetts.

1976, The Grateful Dead performed at the Great Boston Music Hall.

1976, AC/DC appeared at Glasgow City Hall, Scotland, on the first night of their Lock Up Your Daughters 19 date UK tour.

1977, Joe Strummer and Topper Headon were detained overnight in prison in Newcastle upon Tyne having failed to appear at Morpeth Magistrates on May 21st. Both Clash members were to answer a charge relating to the theft of a Holiday Inn pillowcase. They were both fined £100 ($170).

1977, KC and the Sunshine Band became only the second group after The Jackson Five to achieve four US No.1’s when “I’m Your Boogie Man” went to the top of the charts.

1977, As Britain celebrated the Queen’s Silver Jubilee, The Sex Pistols reached No. 2 in the singles chart with “God Save The Queen.”

1981, Tom Petty and the Heartbreakers performed at the Horizon in Rosemont, Illinois.

1991, The Grateful Dead played at the Coliseum in Charlotte, North Carolina.