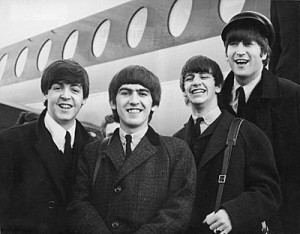 1964, The Beatles arrived in Adelaide, Australia and were greeted by an estimated 250,000 fans, who lined the ten mile route from the airport to the city center. The group gave their first four shows in Australia at the Centennial Hall, Adelaide over two nights, playing: I Saw Her Standing There, I Want To Hold Your Hand, All My Loving, She Loves You, Till There Was You, Roll Over Beethoven, Can’t Buy Me Love, This Boy, Long Tall Sally and Twist And Shout. Temporary member Jimmy Nicol was standing in for Ringo on drums who was recovering from having his tonsils removed.

1965, The Beatles were included in the Queen’s birthday honors list to each receive the MBE. Protests poured into Buckingham Palace, MP Hector Dupuis said “British Royalty has put me on the same level as a bunch of vulgar numbskulls.”

1965, The Supremes scored their fifth consecutive chart topping single when “Back In My Arms Again” went to number one on the US charts.

1965, The Who appeared at The Town Hall, Dudley, Birmingham. England.

1966, The Dave Clark Five made a record 12th appearance on The Ed Sullivan Show.

1966, Pink Floyd made their last appearance at the Marquee Club in Wardour Street, London, England. However, it was at this show that future co-manager Peter Jenner saw the band live for the first time. Floyd went on to sign a management contract with Peter Jenner and Andrew King on October 31st.

1967, Bob Dylan’s album Greatest Hits peaked at number ten in the US charts. The cover photograph of the album was taken by Rowland Scherman at Dylan’s November 28th, 1965, concert in Washington, D.C., winning the 1967 Grammy award for Best Album Cover, Photography.

1971, Pink Floyd played at the Palais des Sports in lyon France. The show included the song “Atom Heart Mother,” performed with the addition of a 20-piece choir, three trombones, three trumpets, and one tuba. 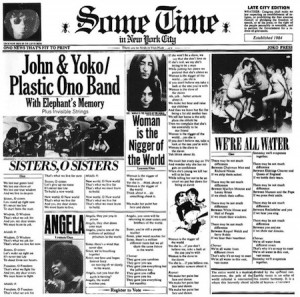 1972, With the help of her mother,  Ronnie Spector left her husband Phil’s Beverly Hills mansion for the last time, leaving behind her adopted sons, three year old Donté and six year old twins, Louis and Gary. Within days she filed for a divorce that would be granted in 1974.

1975, The Rolling Stones performed at the Boston Garden, Boston.

1978, Playing live around the UK, Dire Straits at Erics, Liverpool. The Thompson Twins at The Limit in Sheffield, and The Jam at King George’s Hall, Blackburn.

1979, The Police appeared at The Locarno, Bristol, England, supported by The Cramps.

1982, Bruce Springsteen, James Taylor, Jackson Browne, Linda Ronstadt and Gary ‘US’ Bonds all appeared at a rally for nuclear disarmament in Central Park, New York to over 450,000 fans.

1982, Adam Ant was at number one on the UK singles chart with “Goody Two Shoes,” his third and last chart topper.

1987, The Grateful Dead appeared at the County Fairgrounds, Ventura, California.

1989, The Elvis Presley Autoland Museum opened at Graceland. The museum contained over 30 cars which were owned by Presley including his famous Pink Cadillac, Harley-Davidson motorcycles, Stutz Blackhawks, a 1975 Dino Ferrari, a 1956 Cadillac Eldorado Convertible, and the red MG that Elvis drove in the film Blue Hawaii.

2003, Van Morrison, Queen, Little Richard and Phil Collins were inducted into the Songwriters Hall of Fame in a New York City ceremony.

2005, Pink Floyd announced they would reunite with former bassist Roger Waters, who left the band in 1985, on July 2nd for the Live 8 London concert. This would be the first time the band had played together as a quartet since The Wall tour in 1981.

2008, Amy Winehouse performed an exclusive gig at a Moscow art gallery for Chelsea Football Club owner Roman Abramovich and his girlfriend Dasha Zhukova. It was reported that the singer was paid £1m ($1.7 million) for the gig at the launch of The Garage gallery, which has been set up by Ms. Zhukova.