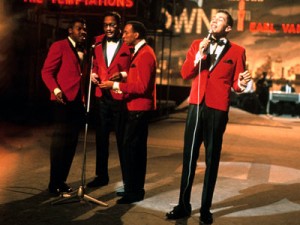 1965, Motown releases Smokey Robinson & the Miracles’ “The Tracks of My Tears.” It was a number two hit on the Billboard R&B chart, and reached number 16 on the Billboard Hot 100. Belatedly released in the UK in 1969, it became a Top Ten hit that summer, reaching number nine.

1966, The Beatles fly to Germany, where they will begin their last world tour. The Rolling Stones depart London the same day to begin a tour of America.

1966, The Who performed at the Refectory at the University at Leeds as part of a University Rag Ball along with The Alan Price Set, The Swingin’ Blue Jeans, and John Mayall’s Bluesbreakers, without recently departed guitarist Eric Clapton, who left to form the new group Cream.

1966, The Beatles had their tenth consecutive number one single with “Paperback Writer” / “Rain.” The track is marked by the boosted bass guitar sound throughout, partly in response to John Lennon demanding to know why the bass on a certain Wilson Pickett record far exceeded the bass on any Beatles records. It was also cut louder than any other Beatles record, due to a new piece of equipment used in the mastering process.

1970, Cubby Checker was arrested in Niagara Falls after police discovered marijuana and other drugs in his car.

1972, Smokey Robinson performs his last show with the Miracles.

1973, George Harrison started a five-week run at number one on the album chart with Living In The Material World, his second solo chart topper.

1974, The Grateful Dead performed at the Jai-Alai Fronton in Miami, Florida.

1975, During his Welcome To My Nightmare tour in Vancouver, Canada, Alice Cooper fell from the stage and broke six ribs. 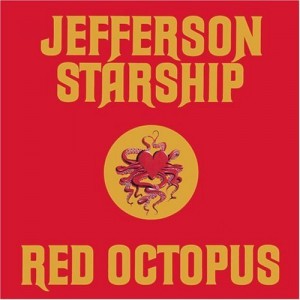 1975, Bob Marley and The Wailers played the first of 14 shows over 7 nights at Paul’s Mall in Boston, Massachusetts, as part of their Natty Dread Tour.

1976, Paul McCartney and Wings played the last date on their Wings Over America tour at the Forum in Los Angeles.

1977, A very inebriated Keith Moon joins Led Zeppelin onstage in Los Angeles. He “belts seven shades of shit” out of a tympani on “Moby Dick” and “Rock and Roll,” then proceeds to call John Bonham the best living rock drummer in the world today.

1984, Duran Duran started a two week run at number one on the US singles chart with “The Reflex,” the group’s first US chart topper,  from their third album, Seven and the Ragged Tiger.