You are here: Home / Music / Classic Rock / Song Of The Day by Eric Berman – “That’s Why God Made The Radio” by The Beach Boys 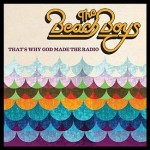 So yesterday it was Neil Young…today it’s the Beach Boys. Perhaps, I’m getting old when it’s the music from my childhood heroes that still turns me on. That’s not to say that there isn’t plenty of current music that I like, I just don’t see the point in ignoring my heroes because they’re old…besides it’s them that are getting older, not me. So here we have a new release by the remaining members of rock’s first dysfunctional family, The Beach Boys. A group who’ve had their share of drama…much of it played out in the media over the past 20 or so years. For a bunch of old guys, they sure do act like babies. Like yesterday’s Neil Young album, my expectations were mighty low for this record, with “the boys” not being able to stay in the same room over the years unless that room was in a law office, how much camaraderie could we expect on their first long player together in 20 years? And let us face the facts, Brian has pretty much been a spent musical force releasing Disney and Gershwin records and such over the last few years and with Mike Love consistently acting like the jerk in the media…heck he still can’t cop to the fact that “Smile” is indeed a masterpiece…certainly there wasn’t much to go on.  But surprise, surprise…there’s some good stuff on this record. The harmonies are intact, and some of the songs, though inconsequential, are pretty good. The intended track for today’s Song Of the Day was “From Here To Back Again” a gorgeous track from the new album, but it seems The Beach Boys are pretty good at protecting themselves and there were no audio samples of the track on YouTube, nor could I even find an official video from the album. In that song and on “Pacific Coast Highway” and “Summer’s Gone,” the two songs that follow this on the record, the boys revisit the essence of their “Pet Sounds” days with a pretty good approximation of that sound which shows that Brian still has some musical mojo left after all. There are goodtime vibes harking back to their glory days on standouts like the title cut, “Strange World,” “ Isn’t It Time” and “Spring Vacation.” Some of the songs are corny and a bit hackneyed, but overall this record is not the embarrassment I thought it would be.  Major kudos go out to Jeff Foskett who has been the guiding force toward making Brian’s solo concerts over the last decade sound as good as they do due to his vocals and guitar playing. It kind of makes me sorry I didn’t go see them when they came to town last month.