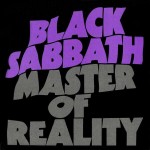 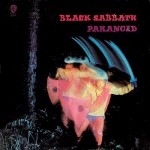 The Black Sabbath that headlined the first day of Lollapalooza wasn’t your grandparent’s Black Sabbath…well, actually ¾ of it was…and they had all of the power and command of the stage like it was 1971 all over again. Sabbath blew all of the other acts I saw out of the water today, and it was an unexpected pleasure to see these veterans do their thing especially Tony Iommi on guitar. Tonight’s lineup featured Ozzy Obourne, Tony Iommi , Geezer Butler on bass and the replacement drummer for Bill Ward who could not reach a suitable financial agreement to come aboard for this tour, Tommy Clufetos. The set consisted strictly of early Sabbath tracks like “Fairies Wear Boots,” “Sweet Leaf,” “Paranoid,” “Black Sabbath,” “Snowblind,” “Children Of The Grave” and this scorcher that was accompanied by some pretty gruesome war imagery on the screens behind them. Curiously, none of the Lollapalooza posters or t-shirts listed Black Sabbath on them…it’s as if they weren’t there at all, however, if you were in the vicinity of the “Bud Light” stage tonight, you couldn’t…and shouldn’t have missed them. Other top-notch acts today included the reformed Afghan Whigs featuring Greg Dulli on lead vocals, Texas psychedelic band “The Black Angels” and the somewhat experimental rock of “thenewno2” (aka The New Number Two) with Dhani Harrison (son of George) on guitar and vocals. We headed out over to “Perry’s Stage” for a spell to hear some choice EDM (electronic dance music), and it is at Perry’s Stage, named for Perry Farrell founder of Lollapalooza and Jane’s Addiction, where the most interesting music scene unfolds all day long with non-stop DJ sets and alluring light shows even during the middle of the afternoon. Onward to day two! 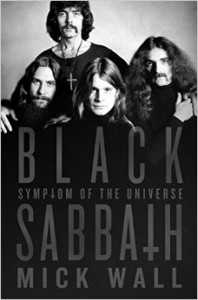 This book should be sub-titled “A Cautionary Tale on the Perils of Drug Abuse”. After the release of their first two albums, the eponymous Black Sabbath and the stone classic Paranoid, Black Sabbath were poised on the cusp of superstardom, along with fellow Birmingham, England native son John Bonham and Led Zeppelin. But then began not years, but decades, of drug abuse and its ensuing chaos, and instead of reaching the pinnacle, they began a decline that ultimately put them in the unfortunate position of being the actual inspiration for Spinal Tap. This then is an ode to what might have been, with glimpses of all that wasted potential surfacing over the years since their heady, heavy heyday.

I, like many of the classic rock generation, lost interest after that second album, upon reading this book, I discovered why. As no more than a casual fan, who, like many, felt that (and still do) the only “true” Black Sabbath consisted of Tony Iommi, Bill Ward, Geezer Butler and Ozzy Osbourne, I learned a lot from this book.  For instance, that Tony Iommi (much like the late Chris Squire with Yes) was the only constant in a revolving door lineup, which at times included some of my favorite Seventies artists, such as Cozy Powell, Glenn Hughes, and Ian Gillan, that Sharon Osbourne was responsible for Ozzy’s solo career, which completely eclipsed the Sabbath of the time, and that Sharon ultimately wrested control of the band from Tony.

As far as rock bios go, this is one of the better ones I have read, it actually falls into the “can’t put it down” category. I found myself staying up much later than I intended on several occasions (the lot of the aspiring writer being that one has to keep the soul-crushing “day job”) as I read of Tony’s domination of the band (he actually bullied Ozzy on the schoolyard when they were growing up, and that relationship continued for many years), Bill Ward’s hellish existence as the butt of the band’s jokes (Tony actually set him afire to the tune of third-degree burns), Ozzy’s live-to-party life, their failed attempts at outlandish stage props (yes, they actually attempted to re-create Stonehenge on stage) and much, much, more. Author Mick Wall actually worked with the band as a publicist, so many of the accounts are first-hand, but where other authors present that type of access in a wink, wink, nudge, nudge, I’m-cooler-than-you’ll-ever-hope-to-be fashion, Wall presents the story in a matter-of-fact yet fascinating manner.

Bottom line is, if you’re a child of the Sixties, teenager of the Seventies, or just want to know more about one of the most influential bands of all time, this is a must-read.

2020 and 2019: Thanks to everyone who continues to support us. The current licensing to legally play all the music you hear on Acid Flashback costs almost $2000 a year. Please help us defray this and other costs with a donation of any amount. … END_OF_DOCUMENT_TOKEN_TO_BE_REPLACED