You are here: Home / Archives for Grand Funk

1964, During a US tour Beach Boy Brian Wilson had a nervous breakdown during a flight from Los Angeles to Houston. Wilson left the band to concentrate on writing and producing. Glen Campbell replaced Wilson for the bands live shows. 1964, Radio London, one of England’s first offshore “pirate” radio stations, begins broadcasting. Ella Fitzgerald’s recording of “Can’t Buy Me … END_OF_DOCUMENT_TOKEN_TO_BE_REPLACED 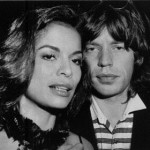 1965, The Who released the single "My Generation" in the US. While the UK release would reach the second spot, the song barely rippled in the US peaking at number 74 on the Billboard Hot 100. 1965, The Doors appeared at the Pioneer Club Boat Ride, Los Angeles, California. 1966, The Monkees were at the top of the Billboard singles chart with "Last Train To Clarksville," … END_OF_DOCUMENT_TOKEN_TO_BE_REPLACED 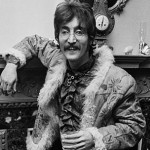 1967, The Beatles were in Studio Two at Abbey Road in London, mixing the new John Lennon song "I Am the Walrus." Ringo Starr began tuning a radio, while John inserted a number of random extracts, including  portions of a BBC broadcast of William Shakespeare's "King Lear."  Next, they completed work on "Your Mother Should Know," with John adding organ, and Paul playing bass to a … END_OF_DOCUMENT_TOKEN_TO_BE_REPLACED

1965, Herman's Hermits went to number one on the singles chart with "I'm Henry VIII I Am." The single was only released in the US. Singer Peter Noone once interviewed Elvis Presley for UK music paper New Musical Express. 1965, Mike Smith of the Dave Clark Five suffered two broken ribs when he was pulled off the stage by a fan in Chicago. 1965, The Turtles' remake of Bob … END_OF_DOCUMENT_TOKEN_TO_BE_REPLACED