You are here: Home / Archives for Guns N’ Roses

1969, The photo session for the cover of The Beatles Abbey Road album took place on the crossing outside Abbey Road studios. Photographer Iain McMillan, balanced on a step-ladder in the middle of the road took six shots of John, Ringo, Paul, and George walking across the zebra crossing while a policeman held up the traffic. The band then returned to the studio and recorded … END_OF_DOCUMENT_TOKEN_TO_BE_REPLACED

1965, The Beatles released their fifth album in the UK, the soundtrack to Help!, their second film. The US release took place on August 13. The album was produced by George Martin. It contains fourteen songs in its original British form. Seven of these, including the singles "Help!" and "Ticket to Ride", appeared in the film and took up the first side of the vinyl album. The … END_OF_DOCUMENT_TOKEN_TO_BE_REPLACED 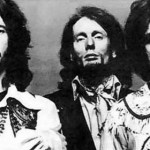 1966, Eric Clapton, Jack Bruce and Ginger Baker made their unofficial live debut as Cream at The Twisted Wheel, Manchester, England. The official unveiling came two nights later at the Sixth Annual Windsor Jazz & Blues Festival. 1966, Bob Dylan was injured when his Triumph motorcycle crashed near his home in Woodstock, New York. Though the extent of his injuries was … END_OF_DOCUMENT_TOKEN_TO_BE_REPLACED

1967, The Jimi Hendrix Experience played the first of three nights at the Cafe-a-Go-Go in New York City. 1968, The Who appeared at Virginia Beach Dome in Virginia Beach, Virginia. 1969,  The Beatles started work on the John Lennon song "Come Together" at Abbey Road studios in London. The track became the opening song on The Beatles Abbey Road album and was later released … END_OF_DOCUMENT_TOKEN_TO_BE_REPLACED