You are here: Home / Archives for Janis Joplin 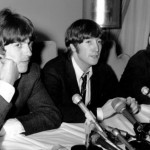 1966, John Lennon's statement that The Beatles were "more popular than Jesus Christ" was published in The London Evening Standard. “Christianity will go. It will vanish and shrink. We’re more popular then Jesus now; I don’t know which will go first, rock ‘n’ roll or Christianity. Jesus was alright, but his disciples were thick and ordinary.” Christian groups in the US were … END_OF_DOCUMENT_TOKEN_TO_BE_REPLACED

1964, The Rolling Stones made their second appearance on BBC TV show Top Of The Pops performing "Not Fade Away." 1965, This marked the first date of a 21 twice- nightly UK package tour with Del Shannon, Wayne Fontana & the Mindbenders, and Herman's Hermits, stopping at Sheffield's City Hall, England. 1967, Pink Floyd continued working on their debut album The Piper At … END_OF_DOCUMENT_TOKEN_TO_BE_REPLACED 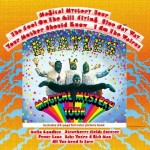 1963, Janis Joplin performs in San Francisco for the first time, singing at the North Beach coffeehouse. In lieu of money, Janis passes the hat for beers. She often sings a cappella at the Coffee Confusion and the Coffee Gallery, occasionally accompanied by Jorma Kaukonen (future guitarist with Jefferson Airplane). Joplin sings Bessie Smith and Ma Rainey blues with folksingers … END_OF_DOCUMENT_TOKEN_TO_BE_REPLACED

Song Of The Day by Eric Berman - "Tell Mama" by Etta James Back in 1967, a very pregnant Etta James made her way to F.A.M.E. Recording Studios in Muscle Shoals, Alabama much like Aretha Franklin, Wilson Pickett and Arthur Alexander had done before her. What resulted was some of the most soul-drenched music James had ever laid down onto … END_OF_DOCUMENT_TOKEN_TO_BE_REPLACED

1967, The Beatles held a party at the Royal Lancaster Hotel in London to preview their new movie Magical Mystery Tour. 1967,  The Rolling Stones release their psychedelic-themed Their Satanic Majesties Request in the United States. The album reaches number two in the American album charts, below the Beatles’ Magical Mystery Tour. The Beatles themselves hold a costume party … END_OF_DOCUMENT_TOKEN_TO_BE_REPLACED