You are here: Home / Archives for Peter Gabriel

The story of Genesis was a tale of two bands. One was led by Peter Gabriel, and created some of the finest and most challenging progressive rock of the early seventies. Once Gabriel left after their 1974 magnum opus The Lamb Lies Down On Broadway, drummer Phil Collins stepped up to front the band leading them in a more pop-oriented direction leaving chart-topping hits and … END_OF_DOCUMENT_TOKEN_TO_BE_REPLACED 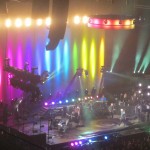 Welcome to The 3D RadioActivity, and this week and next we are playing songs as we observe The Olympic Games going on in London, the athletic festival that originated in ancient Greece and was revived in the late 19th century. Before the 1970s the Games were officially limited to competitors with amateur status, but in the 1980s many events were opened to professional … END_OF_DOCUMENT_TOKEN_TO_BE_REPLACED 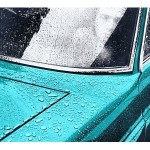 A great one that I am surprised took so long to feature.  It's from Peter Gabriel. Click the image to play. Peter Brian Gabriel (born 13 February 1950) is an English singer, musician, and songwriter who rose to fame as the lead vocalist and flautist of the progressive rock group Genesis.[1] After leaving Genesis, Gabriel went on to a successful solo career. His 1986 album, … END_OF_DOCUMENT_TOKEN_TO_BE_REPLACED