You are here: Home / Archives for Robin Trower

1964, The Beach Boys recorded their next single "I Get Around," which became their first US number one in the summer of '64.1965, The Who made their first radio appearance on the UK BBC's Joe Loss Pop Show.1966, a charity concert at The Hollywood Bowl, Hollywood, California, took place featuring, Jan and Dean, Sonny & Cher, The Mamas And The Papas, The Turtles, Otis … END_OF_DOCUMENT_TOKEN_TO_BE_REPLACED 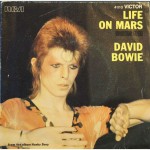 Another regular airshift at WMXM 88.9 FM - Lake Forest College, which included a feature on David Bowie, with deep tracks from his early albums, The Who, Spirit, The Great Society, Derek & the Dominos (live,) Genesis, Iron Butterfly, and more, including several tracks from vinyl as noted below.)   Check it out: [jwplayer mediaid="11077"] alt. link  WMXM - … END_OF_DOCUMENT_TOKEN_TO_BE_REPLACED