You are here: Home / Archives for Smashing Pumpkins

1967, The Monkees album, Pisces, Aquarius, Capricorn and Jones Ltd went to number one on the album chart. It was their fourth album to sell over a million copies, following The Monkees, More Of The Monkees and Headquarters. 1967, Pink Floyd play at The Dome in Brighton, England 1969, George Harrison joins Delaney & Bonnie to perform with them in Bristol, England, … END_OF_DOCUMENT_TOKEN_TO_BE_REPLACED

Beautiful grunge may seem like an oxymoron to some, but in the hands of Smashing Pumpkins on their masterwork “Mellon Collie And The Infinite Sadness,” beautiful grunge is a reality. Case in point is this gorgeous, gentle melody – one of several that pop up on an album that Billy Corgan says was inspired by The Beatles “White Album” in it’s scope at the onset of its recording. … END_OF_DOCUMENT_TOKEN_TO_BE_REPLACED 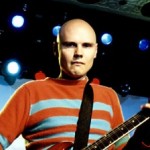 Friends now is the time to give yourself an hour to listen to what might be one of the coolest rock interviews ever. My conversation is now up on our website as a Very Special Vinyl Schminyl Radio Hour With Billy Corgan.  Please click the pic and it will take you there.  The overnight numbers for this show are pretty amazing..thousands across the world have already clicked on … END_OF_DOCUMENT_TOKEN_TO_BE_REPLACED

This Sunday, March 4th host and creator of Vinyl Schminyl Radio Bob Stern sits down with music legend Billy Corgan to riff on favorite tunes, fellow guitarists, Smashing Pumpkins and growing up “Chicago” in 60 minutes of nonstop conversation and music you won’t want to miss. Find the interview on http://www.vinylschminyl.com (Click on the Vinyl Schminyl Radio tab.) Vinyl … END_OF_DOCUMENT_TOKEN_TO_BE_REPLACED