You are here: Home / Archives for Stevie Ray Vaughn

1963, The Beatles received silver LP discs for Please Please Me and With the Beatles at a ceremony held at EMI House in London. They also received a silver EP for Twist and Shout, and a silver single for "She Loves You." The band then attend a cocktail party and a formal lunch in the EMI boardroom with company executives and invited guests.  1964, On the TV show Shindig! the … END_OF_DOCUMENT_TOKEN_TO_BE_REPLACED

1964, The Beatles spent the afternoon recording "Eight Days A Week" at Abbey Road studios in London. Late evening was spent at The Ad Lib Club, London, partying with The Ronettes and Mick Jagger. 1965, The Who play at the Palais de Danse in Cowdenbeath, Scotland. 1967, The Jimi Hendrix Experience recorded a session for the UK BBC radio show Top Gear. Stevie Wonder who was … END_OF_DOCUMENT_TOKEN_TO_BE_REPLACED 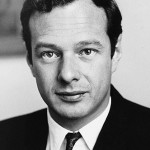 1967, British music entrepreneur and the manager of The Beatles Brian Epstein was found dead, locked in a bedroom at his London home. A coroner's inquest concluded that Epstein died from an overdose of the sleeping pill Carbitrol. He also managed several other artists including Gerry & The Pacemakers, Billy J. Kramer and the Dakotas, Cilla Black and The Remo Four. The first … END_OF_DOCUMENT_TOKEN_TO_BE_REPLACED

I have been fortunate to go to a lot of rock concerts in my lifetime. Considering what tickets cost today, those old ducats from the seventies and eighties turned out to be pretty good deals. Most of those ticket prices were under twenty bucks. The late seventies concerts were all under ten dollars. Compared to today’s prices, those old shows were an absolute bargain. I’ve seen … END_OF_DOCUMENT_TOKEN_TO_BE_REPLACED

1966, Bob Dylan and The Band played at the Convention Center in Louisville, Kentucky. This was the first date on a world tour which would become noted as Dylan's first that used electric instruments, after he had ‘gone electric’ at the 1965 Newport Folk Festival. 1967,  The Rolling Stones’ Between the Buttons enters the U.K. chart at No. 3. 1967, The Monkees self-titled … END_OF_DOCUMENT_TOKEN_TO_BE_REPLACED