1967, The Beatles held a party at the Royal Lancaster Hotel in London to preview their new movie Magical Mystery Tour. 1967,  The Rolling Stones release their psychedelic-themed Their Satanic Majesties Request in the United States. The album reaches number two in the American album charts, below the Beatles’ Magical Mystery Tour. The Beatles themselves hold a costume party … END_OF_DOCUMENT_TOKEN_TO_BE_REPLACED

1965, Released as a double A-side The Beatles "Day Tripper / We Can Work It Out," became their ninth UK number one, and their third Christmas chart topper in a row. The single was a US number one in January 1966. 1966, Pink Floyd appeared at a prohibition themed dance, the AA Students Christmas Carnival, held at The Architects Association, Bedford Square, London. 1966, The … END_OF_DOCUMENT_TOKEN_TO_BE_REPLACED 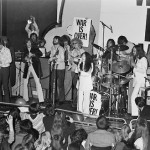 1967, The Who Sell Out LP is released in Britain. The album was to have been released a month earlier but was delayed while permission was sought from all the companies mentioned in the commercials. While getting the rights for the commercials, someone forgets to secure the rights for the Radio London jingles and a lawsuit erupts. Those who rush out to buy the first copies of … END_OF_DOCUMENT_TOKEN_TO_BE_REPLACED 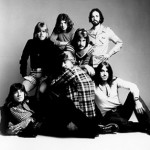 1966, Jimi Hendrix made his British TV debut on ITV's Ready Steady Go! Marc Bolan was also on the show. The Jimi Hendrix Experience also recorded "Foxy Lady" on this day. The United States version of Are You Experienced listed the song with a spelling mistake as "Foxey Lady" and this is how it is still known among many North American fans. 1967, Pink Floyd appeared at the … END_OF_DOCUMENT_TOKEN_TO_BE_REPLACED 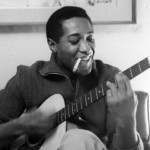 1964, Soul singer Sam Cooke was shot dead at the Hacienda Motel in Los Angeles, California. Bertha Franklin, manager of the motel, told police that she shot and killed Cooke in self-defense because he had attacked her. Police found Cooke's body in Franklin's apartment-office, clad only in a sports jacket and shoes, but no shirt, pants or underwear. The shooting was ultimately … END_OF_DOCUMENT_TOKEN_TO_BE_REPLACED