Deprecated: add_option was called with an argument that is deprecated since version 2.3.0 with no alternative available. in /home/gx4q2mavglh5/public_html/wp-includes/functions.php on line 5155
 Vinyl Schminyl Radio Classic Deep Cut 1-31-12 - The title of your home page
You are here: Home / Music / Classic Rock / Vinyl Schminyl Radio Classic Deep Cut 1-31-12

The Doctors are in the house today with a classic by them. 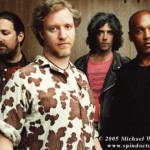 The history of the Spin Doctors can be traced back to the late 1980s in New York City, originally as a band called Trucking Company, which included Canadian guitarist Eric Schenkman, John Popper, and later Chris Barron, who was John Popper’s Princeton, New Jersey high school friend. Popper left this side project to focus on his main gig with Blues Traveler full time. With a name change to Spin Doctors, as well as the addition of Aaron Comess and Mark White, the classic lineup was in place by the spring of 1989