Never an album cut but a great B side from Led Zeppelin.  Check out our Classic Deep Cut today! 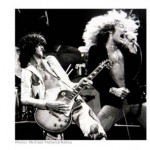 Led Zeppelin were an English rock band active in the late 1960s and throughout the 1970s. Formed as the New Yardbirds in 1968, the band consisted of guitarist Jimmy Page, singer Robert Plant, bassist/keyboardist John Paul Jones, and drummer John Bonham. They are widely considered to be one of the most successful, innovative and influential rock groups in history.

After changing their name, they signed a favourable deal with Atlantic Records that allowed them considerable artistic freedom. Led Zeppelin disliked releasing their songs as singles; they viewed their albums as indivisible and complete listening experiences. Due to the heavy, guitar-driven blues rock sound of their first two albums, Led Zeppelin are frequently recognised as the progenitors of heavy metal and hard rock. However, the band’s individualistic style drew from a wide variety of influences, including folk music, which they incorporated into their next two albums. Their untitled fourth album, which features the track “Stairway to Heaven“, is among the most popular and influential works in rock music, and it cemented the status of the group as “superstars”. Subsequent albums saw greater experimentation and were accompanied by record-breaking tours, which earned them a reputation for excess. Although they remained commercially and critically successful, in the later 1970s, the band’s output and touring schedule were limited by the personal difficulties and circumstances of the members. Led Zeppelin disbanded following Bonham’s unexpected death in 1980.