Deprecated: add_option was called with an argument that is deprecated since version 2.3.0 with no alternative available. in /home/gx4q2mavglh5/public_html/wp-includes/functions.php on line 5155
 Vinyl Schminyl Radio Classic Deep Cut 2-23-12 - The title of your home page
You are here: Home / Music / Classic Rock / Vinyl Schminyl Radio Classic Deep Cut 2-23-12

Oh my..another Canadian today. Alannah Myles had a great song Black Velvet..here it is for you during “girls week”. Click the pic to play. 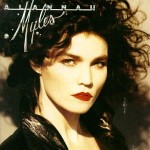 Alannah began writing songs at the age of 9. She performed in a songwriting group for the Kiwanis Music Festival in Toronto at 12 years of age and by the time she was a teenager, began performing solo gigs in Southern Ontario. She eventually met Christopher Ward, a WMG recording artist and songwriter who helped her to form her own band, and performed cover versions of T. Rex, AC/DC, Bob Seger, Ann Peebles, the Rolling Stones, and the Pretenders. By the time she was in her early mid-twenties, she and Christopher began collaborating with David Tyson to produce her self-titled debut album, Alannah Myles. She appeared in a 1984 installment of the television series program The Kids of Degrassi Street, in which she played the role of an aspiring singer and single mother. She was featured in several other TV and film productions as a guest prior to her success as a recording artist.

In May 1989, Warner Music in Canada released Alannah Myles. It produced four Top 40 selections, including “Love Is”, “Lover of Mine”, and “Still Got This Thing”, and the number-one hit “Black Velvet“. In early 1990 Atlantic Records released “Black Velvet” in the U.S., making her first album ineligible for possible Grammy nominations. For Myles, “Black Velvet” became a number one hit worldwide and was named the most played song on radio for 1989 & 1990. By 2000 it had received the ASCAP Millionaire Award for having received over five million airplays at radio.[citation needed] “Black Velvet” won Myles a Grammy Award for Best Female Rock Performance in 1991, and three Juno Awards.