Yesterday we had a nice song…today we have a “Pretty” song by Van Halen. I think you know which one. Happy Friday everyone! 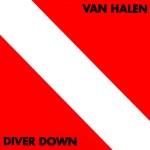 Van Halen is an American hard rock band formed in Pasadena, California, in 1972. The band has enjoyed success since the release of its debut album, Van Halen, (1978). As of 2007 Van Halen has sold 80 million albums worldwide[1] and has had the most #1 hits on the Billboard Mainstream Rock chart. According to the Recording Industry Association of America, Van Halen is the 19th best-selling band/artist of all time with sales of over 56 million albums in the United States alone,[2] and is one of five rock bands that have had two albums sell more than 10 million copies in the U.S.[3] In 1999, the RIAA certified their debut album diamond for ten million in U.S. sales.