And now from Chicago show number 513 (without the 2 minute Bulls intro) here is Alan Parsons with today’s Classic Deep Cut. 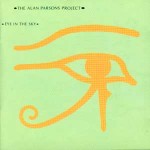 The Alan Parsons Project was a British progressive rock band, active between 1975 and 1990,[1] consisting of singer Eric Woolfson and keyboardist Alan Parsons surrounded by a varying number of session musicians.

Behind the revolving lineup and the regular sidemen, the true core of the Project was the duo of Parsons and Woolfson. Woolfson was a lawyer by profession, but also a composer and pianist. Parsons was a successful producer and accomplished engineer. Almost all songs on the band’s albums are credited to “Woolfson/Parsons”.

Englishman Alan Parsons met Scotsman Eric Woolfson in the canteen of Abbey Road Studios in the summer of 1974. Parsons had already acted as assistant engineer on The Beatles‘ Abbey Road and Let It Be, had recently engineered Pink Floyd’s The Dark Side of the Moon, and had produced several acts for EMI Records.[2] Woolfson, a songwriter and composer, was working as a session pianist; he had also composed material for a concept album idea based on the work of Edgar Allan Poe.[3]

Parsons asked Woolfson to become his manager and Woolfson managed Parsons’ career as a producer and engineer through a string of successes including Pilot, Steve Harley, Cockney Rebel, John Miles, Al Stewart, Ambrosia and The Hollies.[2] Parsons commented at the time that he felt frustrated in having to accommodate the views of some of the musicians, which he felt interfered with his production. Woolfson came up with the idea of making an album based on developments in the film industry, where directors such as Alfred Hitchcock and Stanley Kubrick were the focal point of the film’s promotion, rather than individual film stars. If the film industry was becoming a director’s medium, Woolfson felt the music business might well become a producer’s medium. Read More