This one is the lead track from Stephen Stills second solo album Stills.  Turn Back The Pages. 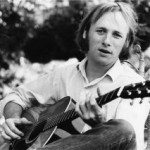 Stephen Arthur Stills (born January 3, 1945) is an American guitarist and singer/songwriter best known for his work with Buffalo Springfield and Crosby, Stills & Nash (and Young). He has performed on a professional level in several other bands as well as maintaining a solo career at the same time. Stills was ranked #28 in Rolling Stone Magazine‘s 2003 list of “The 100 Greatest Guitarists of All Time”.[1] Stills became the first person to be inducted twice on the same night into the Rock and Roll Hall of Fame for his work with CSN and the Buffalo Springfield.

Stills was raised in a military family. Moving around as a child, he developed an interest in blues and folk music. He was also influenced by Latin music after spending his youth in Gainesville and Tampa, Florida, Louisiana, Costa Rica, Panama Canal Zone and El Salvador, where he graduated from high school, and was an avid sailor. He also attended Admiral Farragut Academy in St. Petersburg, Florida and Saint Leo College Preparatory School in Saint Leo, Florida.[2]

Stills dropped out of the Louisiana State University[3][dead link] to pursue a music career in the early 1960s. He played in a series of bands including The Continentals, which featured future Eagles guitarist Don Felder. Stills could also be heard singing solo at Gerde’s Folk City, a well-known coffee house in Greenwich Village. Stills eventually ended up in a nine-member vocal harmony group, the house act at the famous Cafe Au Go Go in NYC, called the Au Go Go Singers, which included future Buffalo Springfield bandmate Richie Furay. This group did some touring in the Catskills and in the South, released one album in 1964, then broke up in 1965. Afterwards, Stills, along with four other former members of the Au Go Go Singers formed The Company, a folk-rock group. The Company embarked on a six-week tour of Canada where Stills met a young guitarist named Neil Young. On the VH1 CSNY Legends special, Stills would say that Young was doing what he always wanted to do, “play folk music in a rock band.” The Company broke up in New York within four months; Stills did session work and went to various auditions. In 1966 he convinced a reluctant Richie Furay, then living in Massachusetts, to move with him to California.

Stills made an unsuccessful attempt to become one of The Monkees. He was turned down, not due to any lack of ability, but because of a conflict with his existing record contract. So instead, he recommended his friend, multi-instrumentalist Peter Tork.