Spring training is over, the baseball season is in full swing and the year 1969 comes to mind (always for Chicago Cubs fans). Here is one to end the week I think will bring back memories. 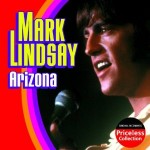 Lindsay began performing at age 15 with local bands that played local venues. He was tapped to sing in a band called Freddy Chapman and the Idaho Playboys after he won a local talent contest. After Chapman left the area, Lindsay saw the other band members and a new member, Paul Revere, playing at a local Hall. He persuaded the band to allow him to sing a few songs with them. The next day he was working at his regular job at a bakery when Paul Revere came in to buy supplies for a hamburger restaurant that he owned. This chance meeting began their professional relationship.

Lindsay became lead singer and saxophone player in a band with Revere and several others. He suggested they call themselves “The Downbeats” after a magazine with the same title. They made some demo tapes in 1960 in Boise, Idaho, and signed with a record company called Gardena Records. The group scored their first national hit with the piano/sax instrumental “Like, Long Hair” which peaked at #38 in the Billboard charts on April 17, 1961.[2][3]

After changing personnel a few more times, the band recorded the song “Louie, Louie” about the same time that a rival Pacific Northwest band, The Kingsmen, recorded the song. The Kingsmen version was the one that charted nationally, but Mark and his bandmates also were gaining attention.

Around the time “Louie, Louie” was recorded, they decided to use Paul Revere”s name as a gimmick and bill themselves as “Paul Revere & the Raiders”. They began to dress in Revolutionary War-style outfits. Mark Lindsay carried the theme a bit further by growing his hair out and pulling it back into a ponytail, which became his signature look.

Lindsay and the group caught the attention of Dick Clark, who was developing Where the Action Is, an afternoon show for the teen market. Clark hired the group as regular performers, and the group soon became very successful. Lindsay”s lanky stature and good looks, as well as his excellent singing voice, quickly gained him immense popularity; he became one of the premier American teen idols of the 1960s.[4][5]

Lindsay soon started working not only as the singer of the group, but also as a composer and producer. “The Raiders” were the first rock group signed by Columbia Records and were produced by Terry Melcher, the son of actress and singer Doris Day. Lindsay and Melcher became friends, and shared a house for a while. It later became infamous as the site of the horrific murders of actress Sharon Tate and others, committed by members of Charles Manson“s “family.”[5]