Today we visit an old song sung by the man who wrote it. Michael Nesmith recorded this song after it became a big hit..check it out today! 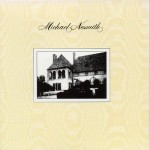 Nesmith was born at St. Joseph’s Hospital in Houston, in 1942.[1] He was an only child; his parents, Warren Audrey Nesmith and Bette Nesmith Graham, divorced when their son was four. He and his mother moved to Dallas, to be closer to her parents, sister, aunts and grandmother. Bette took temporary jobs ranging from clerical work to graphics design, and developed very good secretarial skills, including shorthand, and, auspiciously, touch typing. When Nesmith was 13 his mother invented a typewriter correction fluid later known commercially as Liquid Paper. Over the next 25 years she built the Liquid Paper Corporation into a multimillion dollar international company which she finally sold to Gillette in 1980 for US$48 million. She died a few months later at age 56.[2]

In 1949, Nesmith, at the age of six, was enrolled in the Dallas public school system. An indifferent student, he nevertheless participated in choral and drama activities during his years at Thomas Jefferson High School in Dallas.[3] He began to write verse poetry. When he was 15 he enrolled in the Dallas Theater Center teen program, where he featured in several plays.[citation needed]

Before graduating from high school, Nesmith enlisted in the United States Air Force in 1960. He completed basic training at Lackland Air Force Base in San Antonio, was trained as an aircraft mechanic at Sheppard Air Force Base in Wichita Falls, Texas, and then permanently stationed at a Strategic Air Command base near Elk City, Oklahoma. While in the Air Force, Nesmith obtained a G.E.D. and was discharged under honorable conditions in 1962. He enrolled in San Antonio College, a community college in San Antonio where he met John Kuehne (later to be known as John London) and began a musical collaboration. The duo won the first San Antonio College talent award performing a mixture of standard folk songs and a few of Nesmith’s original songs. He met another SAC student, Phyllis Ann Barbour, whom he later married.[4]

While in college Nesmith began to write more songs and poetry and after his marriage to Phyllis in 1963 the two of them decided to move to Los Angeles so Nesmith could pursue his songwriting and singing career. At the time Phyllis was pregnant with their first child Christian DuVal. Nesmith began singing in folk clubs around Los Angeles and had one notable job as the “Hootmaster” for the Monday night hootenannies at The Troubadour, a West Hollywood night club that featured new artists. Here Nesmith met, socialized, and performed with many different members of the burgeoning new music scene in Los Angeles. Randy Sparks of the New Christy Minstrels fame offered Nesmith a publishing deal for his songs. It was while working at this publishing house that Barry Friedman, also known as the Rev. Frazier Mohawk, brought the ad for Monkees auditions to Nesmith’s attention. In 1965, Nesmith landed the role in the Monkees pilot, which was filmed in October 1965.[5]

When the Monkees show ended in 1968, Nesmith enrolled part time in UCLA and studied American History and Music History. Michael and Phyllis’s second son, Jonathan, was born in February 1968. Nesmith’s third son, Jason, was born in August 1968 to Nurit Wilde, whom he met while working on the Monkees.[6] In 1969, Nesmith formed the group First National Band with Kuehne, John Ware and Red Rhodes. Nesmith wrote most of the songs for the band including a single titled “Joanne” that received some airplay and was a mild chart hit for seven weeks during 1970, rising to number 21 on the Billboard Top 40.[7] The First National Band has been credited with being among the pioneers of country-rock music.[8]

Phyllis’s third child, and Nesmith’s fourth, daughter Jessica, was born in September 1970. Circa 1972, Nesmith started the record label Countryside Records with Jac Holzman, the founder of Elektra Records. Also, in 1972, Nesmith and Phyllis were divorced and he moved to Carmel, California. In 1974, Nesmith started Pacific Arts Records and released what he called “a book with a soundtrack” entitled “The Prison” as the company’s first release. In 1976, he married Kathryn Bild. In 1988, following the ending of this second marriage, he returned to Los Angeles where he had met Victoria Kennedy. They moved to Santa Fe, New Mexico, in 1992 and then returned to Carmel, California, in 2000. They were married in April 2000 in Monterey, California. In 2011, they separated and Kennedy filed for divorce.[9]

After a tour of duty in the Air Force, he was given a guitar as a Christmas present from his mother and stepfather. Learning as he went, he played solo and in a series of working bands, performing folk, country, and occasionally rock and roll. His verse poems became the basis for song lyrics, and after moving to Los Angeles with Phyllis and friend John London, he signed a publishing deal for his songs. Nesmith’s “Mary, Mary” was recorded by the Paul Butterfield Blues Band, while “Different Drum” was recorded by Linda Ronstadt and the Stone Poneys. “Pretty Little Princess”, written in 1965, was recorded by Frankie Laine and released as a single in 1968 on ABC Records. Later, “Some Of Shelly’s Blues” and “Propinquity (I’ve Just Begun To Care)” were made popular by the Nitty Gritty Dirt Band on their 1970 album Uncle Charlie & His Dog Teddy.

Nesmith began his recording career in 1963 by releasing a single on the Highness label. Later, in 1965 with a one-off single released on Edan Records before he followed with two singles recorded—one titled “The New Recruit” under the name “Michael Blessing”, released on Colpix Records—coincidentally also the label of Davy Jones, though they had not met until The Monkees.