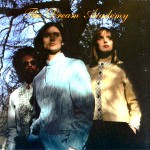 Laird-Clowes and Gabriel met each other in the late 1970s whilst the former was in a band called The Act. Their idea was to create a songscape different from the power pop groups popular at the time in the UK, by mixing instruments and sounds that had not been done prominently before, such as strings, woodwinds, percussion (timpani), and synthesizers. At first, Laird-Clowes and Gabriel called themselves the Politics of Pop.

Laird-Clowes met Kate St John (then of The Ravishing Beauties) at a party, and asked her to join. The trio settled on the name The Dream Academy and shopped their demos for nearly two years. Their work was rejected by every record label before finally landing a recording contract with Warner Bros. Records in 1985.[citation needed] Along the way, they made some close connections with Adam Peters and Pink Floyd‘s David Gilmour, a friend of Laird-Clowes, who produced and/or played on two of their albums and co-wrote one song, “Twelve-Eight Angel”.

Their first single, “Life in a Northern Town” was a worldwide success and sizeable hit in the U.S., charting at #7 on the Billboard Hot 100 chart, from an album co-produced by Gilmour.[3] The song also made number 15 in the UK Singles Chart.[4] The single was a tribute to the English singer-songwriter Nick Drake.[5] It was their only major chart success. Reportedly, their record label initially did not want to release this single.[citation needed] They thought it needed more drums but Laird-Clowes and Gabriel were staunch in their opinion that it was perfect.[citation needed] They commented on its unique sound, and feeling of a winter snowstorm created almost unintentionally by the recording looping techniques of the time.[citation needed] The song also was initially called “Morning Lasted All Day” but was changed when Paul Simon commented to Laird-Clowes (to whom he was giving guitar lessons) that it was not a good title.[citation needed]

The band launched a worldwide promotional tour based on the chart success of “Life in a Northern Town” and appeared on the television programmes Saturday Night Live, The Tonight Show, American Bandstand (with Dick Clark), MTV (interview with J.J. Jackson), and Top of the Pops. The Dream Academy’s eponymous debut album also reached a wide audience in the U.S. Their two subsequent albums did not match the initial success.[3]

They toured once, in 1991. During the same year, Gabriel and St John decided to leave the group to pursue solo musical interests and projects. Laird-Clowes ultimately decided that he could not go on further under the Dream Academy name, and took some time off to travel to Southeast Asia and Africa. Shortly thereafter, he began to work with David Gilmour on lyrics for Pink Floyd’s The Division Bell, before recording his solo album under the name Trashmonk. Lately, he has produced and consulted on numerous film soundtracks and has nearly finished his sophomore Trashmonk album.[citation needed]

All three members of the band remain active recording musicians, each with his or her own career. They are said to have reunited on a forthcoming album, Angels and Fools, by Gabriel’s unsigned band, The Believers, on the track “Please, Please, Please Let Me Get What I Want“, a cover version of the song by The Smiths. Gabriel has also had numerous projects since called The Excellent Staircase, Melt21, and The Daze.

“Life In A Northern Town” also formed the basis of a dance remix by Dario G entitled “Sunchyme”, released in 1997 to commercial success in Europe.