Stones will break my bones but Styx will bring you today’s Classic Deep Cut today. So good they had to record it twice…check out why. 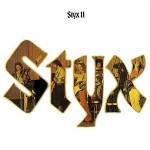 /ˈstɪks/) is an American rock band that became famous for its albums from the late 1970s and early 1980s. The Chicago band is known for melding the style of prog-rock with the power of hard rock guitar, strong ballads, and elements of American musical theater.

Twin brothers Chuck and John Panozzo first got together with their neighbor Dennis DeYoung in 1961 in the Roseland section of the south side of Chicago, eventually taking the band name “The Tradewinds”. Chuck Panozzo left to attend seminary school for a year but returned to the group by 1964. Tom Nardini had been brought in to replace Chuck on guitar and Chuck decided to play bass guitar when he returned to the band. John Panozzo was the drummer, while Dennis DeYoung had switched from accordion to organ and piano. In 1965, the name “Tradewinds” was changed to TW4 after another band called The Trade Winds broke through nationally. By 1966, the Panozzo brothers had joined DeYoung at Chicago State University and kept the group together doing gigs at high schools and frat parties while studying to be teachers. In 1969 they added a college buddy, John Curulewski, on guitar after Tom Nardini departed. Guitarist James “J.Y.” Young came aboard in 1970 making TW4 a quintet.

In 1972 the band members decided to choose a new name when they signed to Wooden Nickel Records.Several suggestions were made, and according to DeYoung, the name Styx (the river in Greek mythology between Earth and the Underworld) was chosen because it was “the only one that none of us hated”.[2]