Time to “discover” ELO’s first song without a string section. It’s a great one to get you up on this Friday. Don’t forget we have a great brand new Radio Hour for you this Sunday. Enjoy the weekend!! 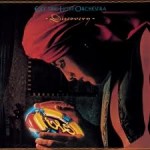 Electric Light Orchestra (ELO) were a British rock group from Birmingham who released eleven studio albums between 1971 and 1986 and another album in 2001. ELO were formed to accommodate Roy Wood and Jeff Lynne‘s desire to create modern rock and pop songs with classical overtones. After Wood’s departure following the band’s debut record, Lynne wrote and arranged all of the group’s original compositions and produced every album.

Despite early singles success in the United Kingdom, the band were initially more successful in the United States, billed as “The English guys with the big fiddles”.[1] They soon gained a cult following despite lukewarm reviews back in their native United Kingdom. By the mid-1970s, they had become one of the biggest-selling acts in music. From 1972 to 1986, ELO accumulated 27 Top-40 hit singles in both the UK and the US. The group also scored 20 Top 20 UK hit singles, as well as 19 Top-20 hit singles in the US (as charted by Billboard Magazine). The band also holds the record for having the most Billboard Hot 100, Top 40 hits of any group in US chart history without ever having a number one single.[2]

ELO collected 19 CRIA, 21 RIAA and 38 BPI awards,[3][4] and sold over 50 million records worldwide during the group’s active period of recording and touring.[5]