And the #1 country that downloads our podcast…big surprise here…the USA!! Soundgarden makes their debut here. Please check it out before you make any weekend plans! 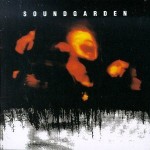 Soundgarden was one of the seminal bands in the creation of grunge, a style of alternative rock that developed in Seattle, and was one of a number of grunge bands signed to the record label Sub Pop. Soundgarden was the first grunge band to sign to a major label (A&M Records, in 1988), though the band did not achieve commercial success until they popularized “grunge” in the early 1990s with Seattle contemporaries Nirvana, Alice in Chains and Pearl Jam.

Soundgarden achieved its biggest success with the 1994 album Superunknown, which debuted at number one on the Billboard charts and yielded the Grammy Award-winning singles “Black Hole Sun” and “Spoonman“. In 1997, the band broke up due to internal strife over its creative direction. After several years working on projects and other bands, Soundgarden reunited in 2010 and is currently working on a new album, which is slated for release in October 2012.[1]

As of 2010, Soundgarden had sold over 10 million records in the United States,[2] and an estimated 21 million worldwide.[3]