You are here: Home / Music / Classic Rock / Vinyl Schminyl Radio Classic Deep Cut 7-15-13
A request from my wife Cindy today. The sophomore single from Get 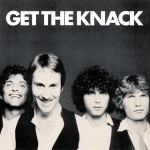 The Knack. Have a great week.

Singer Doug Fieger was a native of Oak Park, Michigan, a northern suburb of Detroit, Michigan, and grew up in the 9 Mile/Coolidge area. The brother of attorney Geoffrey Fieger, best known for representing Dr. Jack Kevorkian in a series of assisted suicide cases, Fieger had previously played in an eclectic rock band called Sky as well as the Sunset Bombers. Although Sky had received a modest amount of acclaim, including being produced by Rolling Stones producer Jimmy Miller, the band broke up without having any chart success. As a result, Fieger made the decision to move to Los Angeles and start another band.

Fieger met the three other original members of the Knack in 1977 and 1978: Berton Averre (lead guitar, backing vocals and keyboards), Prescott Niles (bass), and Bruce Gary (drums). Niles was the last to join, a week before the band’s first show in June 1978.[1] In the meantime, Fieger had been doubling on bass on a series of demos that the group had shopped to several record labels, all of which were rejected. Ironically, some of these songs later made up the band’s debut album Get the Knack, and included “Good Girls Don’t“.