Deprecated: add_option was called with an argument that is deprecated since version 2.3.0 with no alternative available. in /home/gx4q2mavglh5/public_html/wp-includes/functions.php on line 5155
 Vinyl Schminyl Radio Classic Deep Cut 7-30-13 - The title of your home page
You are here: Home / Music / Classic Rock / Vinyl Schminyl Radio Classic Deep Cut 7-30-13
Today we remember JJ Cale who passed away a few days ago. Others put a lot a money into his pocket from songs he wrote but none more than this one. Give it a listen please by clicking the pic. 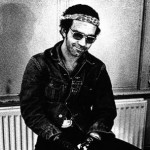 Cale was born on December 5, 1938, in Oklahoma City, Oklahoma.[1] He was raised in Tulsa, Oklahoma, and graduated from Tulsa Central High School in 1956. Along with a number of other young Tulsa musicians, Cale moved to Los Angeles in the early 1960s, where he first worked as a studio engineer.[2] Finding little success as a recording artist, he later returned to Tulsa and was considering giving up the music business until Clapton recorded Cale’s “After Midnight” in 1970. His first album, Naturally, established his style, described by Los Angeles Times writer Richard Cromelin as a “unique hybrid of blues, folk and jazz, marked by relaxed grooves and Cale’s fluid guitar and laconic vocals. His early use of drum machines and his unconventional mixes lend a distinctive and timeless quality to his work and set him apart from the pack of Americana roots-music purists.”[3] In 2013 Neil Young remarked that of all the musicians he had ever heard, J.J. Cale and Jimi Hendrix were the two best electric guitar players.[4]

Some sources incorrectly give his real name as “Jean-Jacques Cale”.[5] In the 2006 documentary, To Tulsa and Back: On Tour with J.J. Cale, Cale talks about Elmer Valentine, co-owner of the Sunset Strip nightclub Whisky a Go Go, who employed him in the mid-1960s, being the one that came up with the “JJ” moniker to avoid confusion with the Velvet Underground‘s John Cale. Rocky Frisco tells the same version of the story mentioning the other John Cale but without further detail.[6]

His biggest U.S. hit single, “Crazy Mama“, peaked at #22 on the U.S. Billboard Hot 100 chart in 1972. During the 2006 documentary film To Tulsa and Back Cale recounts the story of being offered the opportunity to appear on Dick Clark‘s American Bandstand to promote the song, which would have moved it higher on the charts. Cale declined when told he could not bring his band to the taping and would be required to lip-sync the words.[7]