This week we are playing songs from the top 5 countries that listen to our podcast. Today #5 belongs to Australia and the great band INXS Please check it out. 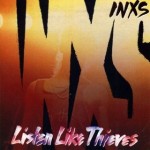 INXS (pronounced “in excess”, In-XS) are an Australian rock band, formed as The Farriss Brothers in 1977 in Sydney, New South Wales.[1][2] Mainstays are Garry Gary Beers on bass guitar, Andrew Farriss on guitar and keyboards, Jon Farriss on drums, Tim Farriss on lead guitar and Kirk Pengilly on guitar and saxophone.[3] For 20 years, INXS were fronted by Michael Hutchence on lead vocals, whose “sultry good looks” and magnetic stage presence made him the focal point of the band.[1][3] Initially known for their New Wave/ska/pop style, they later developed a harder pub rock style,[1] including funk and dance elements.

In the early 1980s, INXS first charted in their native Australia with their debut self-titled album, but later garnered moderate success elsewhere with Shabooh Shoobah and a single, “The One Thing“. Though The Swing brought more success from around the world, its single “Original Sin” was even greater commercially, becoming their first number-one single. They would later achieve international success with a series of hit recordings through later in the 1980s and the 1990s, including the albums Listen Like Thieves, Kick, and X; and the singles “What You Need“, “Need You Tonight“, “Devil Inside“, “New Sensation“, and “Suicide Blonde“.