If I featured this song for no other reason than to show the album cover that would have been enough!!!…not really…this is a great classic by Lighthouse. 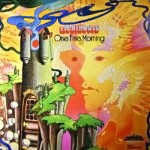 One of the first Lighthouse concerts was at Carnegie Hall and in its first year, the band also played at Fillmore East, Fillmore West, Toronto, Boston and The Atlantic City Pop Festival, and the Monterey and Newport Jazz Festivals. A free concert at Toronto City Hall in the summer of 1969 drew a reported crowd of 25,000.[2] Their first album, Lighthouse, was released in 1969 by RCA from RCA’s Toronto Eastern Sound Studio. The band appeared at the Strawberry Fields Festival in August 1970, followed by the Isle of Wight Festival where they were the only act other than Jimi Hendrix asked to perform a second night among groups that included The Doors, Joni Mitchell, Chicago, Miles Davis and The Who.

Their next album, Suite Feeling, was also recorded in 1969 at Toronto Eastern Sound Studio. It featured two cover songs: The Band’s “Chest Fever” and The Beatles’ hit “A Day In The Life”. Their third and final album for RCA also turned out to be the last one for original lead singer Pinky Dauvin. The album Peacing It All Together was recorded in RCA’s Music Centre of the World Hollywood Studios. The songs “Feel So Good”, “If There Ever was a Time” and “The Chant” were minor hits in Canada during the band’s time with RCA.

The band moved to the record label GRT and Toronto’s Thunder Sound Studios. There were some other changes within the band as well including the loss of a few members – down to eleven musicians with seven original members still on board. The most notable change was a new lead singer in Bob McBride. In 1971, Lighthouse released One Fine Morning and Thoughts of Movin’ On. The title track from One Fine Morning was a hit in Canada, peaking at #2 on Canada’s Singles Chart.[3] The song was also an international and American hit, peaking at #24 in 1971 on the Billboard Hot 100 chart,[4] with both albums ‘going gold’ in Canada. It was preceded on the Canadian charts by “Hats Off to the Stranger”.

In between recording albums and touring 300 days a year, they were creating innovative projects including the first performances by a rock band with symphony orchestras, a collaboration with the Royal Winnipeg Ballet company, Ballet High, which toured across Canada and a CBC production of Prometheus Bound with actress Irene Worth.

During this period of recording from 1970 to 1971 with GRT, RCA piggybacked the success of Lighthouse and released a best-of album of the first three records recorded with RCA called One Fine Light.

Lighthouse Live! was recorded live at Carnegie Hall in February 1972. This was the first time a Canadian album qualified for platinum status. The band came back later that year with the album Sunny Days on GRT, and garnered the band another gold album. The title song became the band’s next Canadian hit single. Hoffert, tired of life on the road, left the band in 1973 but continued as the band’s executive producer. Bob McBride mysteriously failed to show up at the Record Plant in New York for the recording of Can You Feel It. Prokop and Cole wanted to scrap the sessions but producer Jimmy Ienner insisted they continue. With the exception of “No More Searching”, written and sung by new sax player Dale Hillary, Prokop and Cole sang all the vocals and harmonies on the album. The result was one of the band’s biggest single releases, “Pretty Lady”, which was a top-10 hit.

The band released Good Day in 1974. Like the previous album, the lead vocals were divided between Skip Prokop and Ralph Cole, but Prokop switched to guitar full-time and the drummer was Billy King. The album produced no hits, but did contain “Wide-Eyed Lady”, a song co-written by Bob McBride. Back at Thunder Sounds Recording Studios, the band turned a few tracks on an album before Prokop left. The album was never completed. GRT released The Best of Lighthouse to capitalize on their past success. Ralph Cole took the band out for another couple of tours but in 1976 Lighthouse disbanded.

Prokop, Hoffert, Cole and McBride reunited along with many of the Lighthouse alumnae in September 1982 for a weekend of four concerts at Ontario Place which drew 33,000 people but at the end of the weekend the musicians went their separate ways. In 1989 Denon Records bought the rights to the GRT recordings and released The Best of Lighthouse-Sunny Days Again. The re-mix of the album was produced by Hoffert, Cole, Prokop and McBride. The band reunited in 1992 with a ten-member line-up which included the founding members Prokop, Hoffert and Cole with McBride on vocals. McBride had become addicted to drugs, resulting in erratic performances, and he was dismissed several months later. He was replaced by Dan Clancy. Three years later Breaking Records released Song of the Ages. The single, “Remember the Times”, was a top-thirty hit in Canada. In 1998 the original master tapes of The Best of Lighthouse-Sunny Days Again were digitally re-mastered and released by True North Records who also re-released Song of the Ages in 1999.

After Lighthouse disbanded in the ’70s, many of the players continued with their musical careers while some went in different directions.

Paul Hoffert has continued his career as a film composer, winning a Genie Award in 1978 for his score for the cult-hit movie Outrageous; headed up the Ontario Arts Council from 1994 to 1997; created and was the Director of CulTech from 1992 to 2000, a Research Centre at York University and has written five books exploring the intersection of culture and technology. In 2004 he received the Order of Canada. Prokop and Cole formed other bands with some success before hitting their stride in the advertising world and as record producers. Saxophonist Howard Shore became the music director for Saturday Night Live and began a career in film composition, emerging as one of Hollywood’s most sought after composers. Shore won three Academy Awards for The Lord of the Rings film trilogy. Don DiNovo bought a church in Arthur, Ontario and turned it into recording studio. Dick Armin continued his work as a creator of electronic string instruments.

Russ Little has continued as a musician and composer. He can be heard on numerous releases including his own albums, Snapshot, Footwork and On the Shoulders of Giants. He was voted Best Trombonist of 2007 by Canada’s National Jazz Awards. John Naslen became a recording engineer (he engineered the 1994 Lighthouse “Song of the Ages” release). Grant Fullerton continues to perform with his own band. Louie Yacknin opted out of music altogether and bought a tire installation company. Larry Smith moved to Israel and created a software company for language translation. Bob McBride became a top studio session singer and was heard on numerous commercials but he suffered from drug abuse and serious illness, and died February 20, 1998 of heart failure in Toronto.

Lighthouse has remained together since they reunited in 1992. The rhythm section for the ten-member group features the original founders, Prokop (drums), Hoffert (keyboards and vibraphone) and Cole (guitar) with Don Paulton, (keyboard), Doug Moore (bass) and Dan Clancy (vocals). The horn section is made up of original member, trombonist Russ Little, Simon Wallis, (saxophones and flute), Chris Howells (trumpet) and saxophonist Steve Kennedy who performed with the band at Ontario Place in 1982. Lighthouse continues to perform and create innovative works including a reunion concert with the Edmonton Symphony Orchestra that was broadcast nationally, a tour of Brazil with an original multimedia stage show in collaboration with the Desrosiers Dance Theatre and a series of concerts in which sections of the band performed in different locations across Toronto linked together by broadband cable. In 1995, Lighthouse was inducted into the Q107 Canadian Rock ‘n’ Roll Hall of Fame.

Lighthouse songs have been used in films and covered by other artists including Three Dog Night, Shobha and Carlos Santana. Rap artist Akon has sampled “I’d Be So Happy” and Japanese rock stars Theatre Brook perform One Fine Morning in their stage show.

They continue to perform and tour extensively across Canada.