I’m sure you don’t believe we’re doing this BUT we are featuring a current hit today which I guarantee will become a classic! Adele just blows me away and everytime I hear this song I keep saying why can’t I feature it?? Well, I can! So here it is. 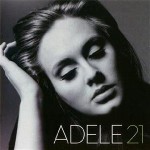 Adele Laurie Blue Adkins[2] (born 5 May 1988), better known mononymously as Adele, is a British recording artist and songwriter. Adele was offered a recording contract from XL Recordings after a friend posted her demo on MySpace in 2006. The next year she received the Brit Awards “Critics’ Choice” and won the BBC Sound of 2008. Her debut album, 19, was released in 2008 to much commercial and critical success in the UK. 19 was certified four times platinum in the UK.[3] Her career in the US was boosted by a Saturday Night Live appearance in late 2008. At the 2009 Grammy Awards, Adele received the awards for Best New Artist and Best Female Pop Vocal Performance.[4][5]

Adele released her second album, 21, in early 2011.[6][7] The album was well received critically and surpassed the success of her debut.[8] 21 helped Adele earn six Grammy Awards in 2012 including Album of the Year, equalling the record for most Grammy Awards won by a female artist in one night.[9][10] The album has also helped her receive numerous other awards, including two Brit Awards and three American Music Awards. The album has been certified 14 times platinum in the UK;[3] in the US the album has held the top position longer than any other album since 1990.[11]

The success of 21 earned Adele numerous mentions in the Guinness Book Of World Records. She is the first artist to sell more than 3 million copies of an album in a year in the UK.[12] With her two albums and the first two singles from 21, “Rolling in the Deep” and “Someone Like You“, Adele became the first living artist to achieve the feat of two top five hits in both the UK Official Singles Chart and the Official Albums Chart simultaneously since the Beatles in 1964.[13][14] With her third release from the album, “Set Fire to the Rain“, becoming her third number one single in the US, Adele became the first artist in history to lead the Billboard 200 concurrently with three Billboard Hot 100 number ones.