You are here: Home / Archives for Everything Else / Crime and Punishment 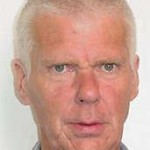 This is one of the unfortunate stories of Rock and Roll. On June 3, 1983, Jim Gordon, the drummer for Derek and the Dominos, and co-writer of the song "Layla" murdered his mother with a hammer and a butcher knife. First about Jim. He was a Grammy Award winner and one of the most requested session drummers in the late 1960s and 1970s, recording albums with many well-known … END_OF_DOCUMENT_TOKEN_TO_BE_REPLACED