1962, The Rolling Stones made their live debut at the Marquee Jazz Club, London, with Dick Taylor on bass (later of The Pretty Things) and Mick Avory on drums, (later of The Kinks). They were a last minute fill-in for Alexis Korner’s Blues Incorporated, who had been plucked to appear on BBC radio’s Jazz Club program.  Billed as The Rollin’ Stones, culled from a song by one of their heroes, Muddy Waters. They were paid £20 for the gig. Ian Stewart’s appointment diary noted that the band played songs by Jimmy Reed, Chuck Berry, and Bo Diddley.

1964, The Beatles appeared at the Hippodrome Theatre in Brighton with The Fourmost and the Shubdubs (whose drummer, Jimmy Nicol, would later fill in for an ill Ringo Starr on The Beatles’ world tour). Also in the US,  The Ed Sullivan Show re-broadcast the February 9th show, The Beatles’ first live television appearance on the program. On the way to the gig George Harrison was involved in a minor crash in his brand new Jaguar in Kings Road, Fulham, London. Passing pedestrians collected bits of broken glass as souvenirs.

1968, Pink Floyd played at the Grande Ballroom in Detroit, Michigan. 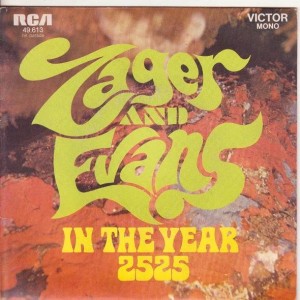 1969, One hit wonders Zager and Evans started a six week run at number one on the singles chart with “In The Year 2525.”

1969, Elvis Presley was featured on the cover of Rolling Stone magazine, on sale for 35 cents

1970, Pink Floyd headlined on the third and final day of the 1st Open Air Pop Festival, at Reiterstadion Soers, in Aachen, West Germany. Among the other acts on the bill were Deep Purple, Amon Duul II, Traffic, and Tyrannosaurus Rex.

1976, The Grateful Dead played the first of six nights at the Orpheum Theatre, San Francisco, California.

1979, American singer songwriter Minnie Riperton died of cancer aged 31. The Stevie Wonder produced “Loving You” gave Minnie a number one single in 1975. She worked at Chess records singing backup for various artists such as Etta James, Fontella Bass, Bo Diddley, Chuck Berry, and Muddy Waters. She also sang lead for the experimental rock/soul group Rotary Connection, from 1967 to 1971. Also a member of Wonderlove in 1973, a backup group for Stevie Wonder.

1979, Deep Purple drummer Ian Paice joined Whitesnake. He would stay with the band until late 1981.

1979, Chicago Radio Station WLUP’s morning DJ Steve Dahl hosts Disco Demolition Night at Comiskey Park. Between games of a double header, a bonfire is started into which disco records are pitched while the crowd chants “Disco sucks.”   The promoters expected a crowd of a few thousand fans. Instead, 40,000 people showed up to take advantage of the 98 cent admission, if they brought a disco record. Dahl’s fans stormed the field and started a small riot.  While broadcasters tried to calm the crowd and get them back to their seats, fans paid no heed and tore up the field.  The White Sox had to forfeit the second game of the double header.

1980, During their 23-date 11 O’clock Tick Tock tour, U2 played at The Moonlight, West Hampstead in London.

1981, Van Halen played at the International Amphitheater in Chicago.

1986, Simply Red scored their first US number one single with “Holding Back The Years.” Simply Red singer Mick Hucknall wrote the song when he was seventeen, while living at his father’s house. The chorus did not come to him until many years later.

1996, Smashing Pumpkins drummer Jimmy Chamberlin was charged with drug possession after the death of the band’s keyboard player Jonathan Melvoin in his New York Hotel room.

2003, REM, The White Stripes, Idlewind, The Cardigans, The Proclaimers, The Music, The Charlatans, Coldplay, Supergrass, The Darkness, Turin Brakes, The Coral and Feeder all appeared at the two-day T In The Park festival in Scotland.

2007, Rod Stewart was made a Commander of the Order of the British Empire at Buckingham Palace for his services to music.

Get more Today in Rock history