You are here: Home / Archives for Featured Movies 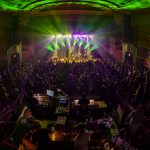 Top Ten lists are subjective by nature, but this list encompasses ten utterly divine comedy films that are generally overlooked by a lot of critics and writers. The criterion for inclusion here are, in addition to the failure to appear on lists such as Paste Magazine's 100 Best Comedies or Time Out Magazine's Funniest Films of All Time, no sequels (eliminating such gems as … END_OF_DOCUMENT_TOKEN_TO_BE_REPLACED 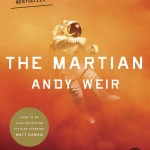 "SOON TO BE A MAJOR MOTION PICTURE" - with Matt Damon no less. This book was on my "to-read" list even before I started seeing the trailer on the internet and on TV. Now that the movie is coming out shortly (October 2015) I figured I'd better get on with reading it. Good choice. As someone who reads a LOT of science fiction and fantasy (sometimes as many as 3 books at a time - … END_OF_DOCUMENT_TOKEN_TO_BE_REPLACED 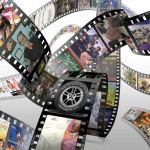 This time on The 3D RadioActivity we are playing songs from motion pictures.  Not necessarily academy award winners, you can bet the ranch that there are some grammys and other tunes of distinction, however that does not diminish the contributions of these pieces of music to the cinematic effort put forth on the silver screen.   Turn it up, we're going to raise our voices … END_OF_DOCUMENT_TOKEN_TO_BE_REPLACED