You are here: Home / Archives for Music / Bossa Nova

Gary McFarland towed the line between samba infused light jazz and orchestral mood music. He was a vibist from California who was known as much for his vibe playing as he was for his arranging and orchestrations for others. After serving in the army where he took up trombone, trumpet and keyboards, McFarland settled on […]

We’ve all heard about the British Invasion in rock music that took place in the early 1960s, but what about the late ‘60s French Invasion? Never heard of it? That’s because it consisted of only one record by one artist. OK, technically you could argue that Petula Clark was also part of the French Invasion, […]

Before forming the Tijuana Brass and a record company (A&M) that still lives today, Herb Alpert was best known for co-writing Sam Cooke’s “Wonderful World” and producing tracks for Jan & Dean.  All that changed in 1962 when he recorded “The Lonely Bull” in his garage and gave birth to one of the biggest recording […]

Herbie Mann was already ten years into a career that established him as a purveyor of Afro Cuban Jazz, Latin Jazz and Bossa Nova music by 1971 and the release of his album Push Push. Mann had released albums for Bethlehem, Prestige, Epic, Verve and Savoy, before signing with Atlantic Records in 1962 where he […]

About a month ago, I featured Fats Domino’s recording of “Lady Madonna” from the 1969 album Fats Is Back. That record was produced by Richard Perry for Reprise Records, and today’s Song Of the Day follows Perry to the very next project he worked on, Ella by Ella Fitzgerald. Reprise records of the late ‘60s […]

Song Of The Day – “Jungle Strut” by Gene Ammons He was the son of boogie woogie pianist Albert Ammons, but Gene Ammons or “Jug” as he was affectionately nicknamed was known more for his full round tone on the tenor. He got the name “Jug” from Billy Eckstine, after not fitting into the hats […] 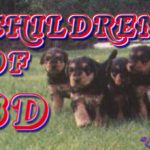 I’m Uncle Marty, with The 3D RadioActivity, number 475 and just as children want to play, we will plan on providing some great sonic examples of how they accomplish this feat by seeing how they do it, where they go, and what they might be humming  along the way. I’ve still got well over 200 more CHILD.ish songs on […]

I’m everybody’s Uncle Marty, this is The 3D RadioActivity, and since this is our 451st adventure, we are turning it into one that reflects on Ray Bradbury’s classic novel whose title is the Fahrenheit temperature at which books and other paper will catch on fire.  There’s many items besides love that have a flashpoint, so […] 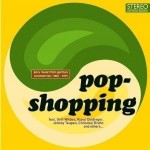 Song Of The Day by Eric Berman – Selections from “Popshopping Volume 1” by Various Artists Popshopping is a compilation of German TV commercial production music from the 1960s and 1970s. Compilation producers Sir D’Oeuvre and Senor 45 collected these tracks from flexi discs and dusty TV production tape vaults. Many may consider this music […]

Song Of The Day by Eric Berman – “Waters Of March” by Art Garfunkel Art Garfunkel certainly missed his calling during his post Simon & Garfunkel solo career. If ever an artist was better suited to cut a Bossa Nova album, it was Art Garfunkel who possesses a gentle, smooth voice and impressive octave range […]