You are here: Home / Archives for Bo Diddley 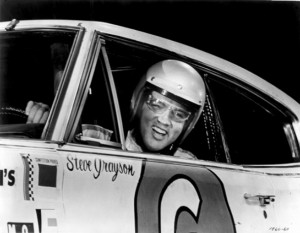 1965, The Who were recorded for broadcast on Radio Luxembourg’s Ready Steady Radio!

1967, Elvis Presley was working on his latest movie Speedway, co-starring Nancy Sinatra at the MGM Soundstage, Hollywood, California. It was Presley’s twenty-seventh film.

1967, The Who played at Patio Gardens in Farmington, Utah.

1967, The Beatles were at number one on the UK singles chart with “All You Need Is Love” the group’s twelfth UK chart topping single. The Beatles had been selected to represent the UK for the first-ever global-wide satellite broadcast. The group agreed to be shown in the studio recording a song written especially for the occasion, which was aired on June 25.

1968, Number one Pop Hit: “Grazing in the Grass,” by Hugh Masekela. A version of the song by The Friends of Distinction reaches number three in 1969.

1968, Spirit appeared at the Grande Ballroom in Detroit, Michigan.

1969, The Who performed at Mothers in Birmingham, West Midlands, England.

1969, Led Zeppelin played at the Kinetic Playground in Chicago.

1970, The Allman Brothers Band played at the Love Valley Festival, which brought almost 100,000 people to the small North Carolina town of Love Valley.

1973, Hawkwind appeared at the Paradiso, Amsterdam. 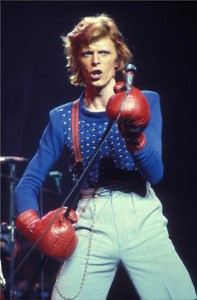 1974, David Bowie wraps up his tour supporting Diamond Dogs in New York with two shows at Madison Square Garden. The shows are videotaped for MainMan by John Dove.

1974, The Grateful Dead play at Selland Arena, in Fresno, California.

1975, Bruce Springsteen and the E Street Band rehearsed for a full 19 hours at The Record Plant in New York City the day before their Born To Run Tour kicked off.

1975, The Rolling Stones play Denver, where Elton John joins them on stage.

1976, Deep Purple split up at the end of an UK tour. David Coverdale went on to form Whitesnake, Jon Lord and Ian Paice formed a band with Tony Ashton. The classic line up of Ritchie Blackmore, Ian Gillan, Roger Glover, Lord & Paice reformed in 1984. Glenn Hughes returned to Trapeze and Tommy Bolin put together his own band, (but would die before the end of the year).

1980, Queen scored their third number one album with The Game, featuring the single “Another One Bites The Dust.”

1980, A production of The Elephant Man starring David Bowie opens in Denver.

1986, Genesis went to number one on the US singles chart with “Invisible Touch.” Former lead singer Peter Gabriel was at number two with “Sledgehammer” from his album So.

1987, Bruce Springsteen played his first ever show behind the Iron Curtain when he appeared in East Berlin in front of 180,000 people. The show was broadcast on East German TV.

1997, Oasis went to number one on the UK singles chart with “D’You Know What I Mean.” The first single from their third album Be Here Now.

2010, Ozzy Osbourne and his former Black Sabbath band mate Tony Iommi settled a long-running legal dispute over the use of the group’s name. Ozzy had filed suit against the guitarist in May of last year, accusing Iommi of falsely proclaiming to be the sole owner of the Black Sabbath name by lodging an application with the US Patent and Trademark Office. The pair released a joint statement confirming they have settled the dispute “amicably”.

1964, The Rolling Stones play their first American show at a Lynn, Massachusetts high school football stadium. They also make their American TV debut on The Les Crane Show. An Associated Press reporter notes, “They are dirtier and streakier and more disheveled than the Beatles, and in some places, they are more popular than the Beatles.”

1966, Frank Sinatra was at number one on the singles chart with “Strangers In The Night.”

1966, The Who kicked off a 10-date European tour in front of 11,000 fans at the Grona Lund in Stockholm, Sweden. Their repertoire included a cover of Stevie Wonder’s “Uptight.”

1972, Dion reunites with the Belmonts for an oldies show at New York’s Madison Square Garden.

1972, Pink Floyd release their soundtrack Obscured by Clouds in the UK. The US release would take place on June 17th.

1973, Paul McCartney had both the number one positions on the US charts when Red Rose Speedway, went to the top of the album chart and “My Love” started a four week run as the top single.

1973, Led Zeppelin played to 50,000 fans at San Francisco’s Kezar Stadium. Although the 2 ½ hour show was 6,000 short of capacity, listeners blanketed the football field and stands. Hundreds of others heard the music for free from rooftops in the surrounding neighborhood. 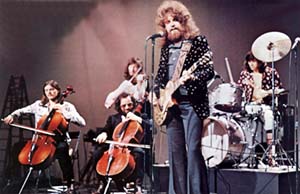 1973, The Electric Light Orchestra began their first US tour in San Diego, California.

1976, Wings set a new world record when they performed in front of 67,100 fans in Seattle, the largest attendance for an indoor crowd.

1978, Thin Lizzy released the live double album Live And Dangerous. It was recorded in Philadelphia, London and Toronto in 1977, during the tours accompanying the albums Johnny The Fox and Bad Reputation.

1981, Prince made his live British debut at The Lyceum Ballroom, London. He would not play the UK again for five years.

1984, Wham! had their first UK number one with “Wake Me Up Before You Go Go.” Written and produced by George Michael, one half of the duo. Inspiration for the song was a scribbled note left by his Wham! partner Andrew Ridgeley for Andrew’s parents, originally intended to read “wake me up before you go” but with “up” accidentally written twice, so Ridgeley wrote “go” twice on purpose.

1984, Aerosmith played at the Capitol Theater in Concord, New Hampshire, the first night on their 59-date North American Back In The Saddle tour.

1999, Junior Braithwaite from Bob Marley and the Wailers was shot dead aged 46, in the home of a fellow musician in Kingston, Jamaica. Braithwaite was one of the founders of, and the first lead singer of The Wailers. He left the band in 1964.

2002, Pop Idol winner Will Young scored his second UK No.1 single with his version of The Doors 1967 hit “Light My Fire.”

2008, Guitarist and singer Bo Diddley (born Ellas Otha Bates) died of heart failure at his home in Archer, Florida at age 79. The legendary singer and performer, was known for his homemade square guitar and his distinctive rhythm, known at the “Bo Diddley beat,” which influenced artists from Buddy Holly to Bruce Springsteen, The Rolling Stones and U2.

2020 and 2019: Thanks to everyone who continues to support us. The current licensing to legally play all the music you hear on Acid Flashback costs almost $2000 a year. Please help us defray this and other costs with a donation of any amount. … END_OF_DOCUMENT_TOKEN_TO_BE_REPLACED

We have been so fortunate to have a number of great guest DJ's join us via Skype or Zoom during stay-at-home. We in turn spin their favorite songs and talk about musical influences and more. Here is our archive of these appearances. Albert Bouchard, co-founder of Blue Oyster Cult, talked about … END_OF_DOCUMENT_TOKEN_TO_BE_REPLACED 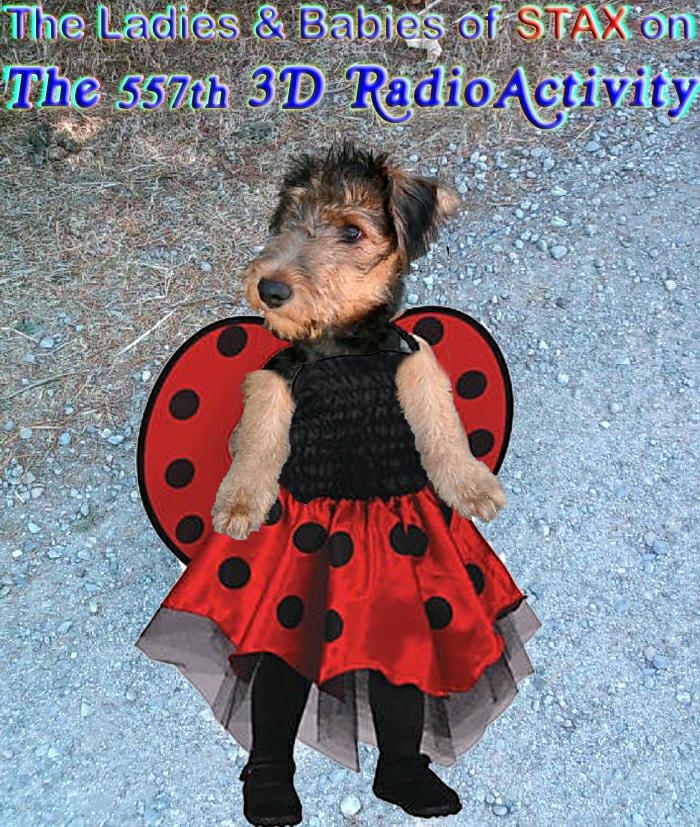 Founded in 57 as Satellite Records, the label changed its name to Stax in four years and shared its operations with Volt. Featuring several popular integrated bands and a similar team of staff and artists, it was unprecedented in that period of racial strife and tension. Their use of "one studio, one equipment set-up, the same set of musicians and a small group of songwriters" led to a readily identifiable sound … END_OF_DOCUMENT_TOKEN_TO_BE_REPLACED 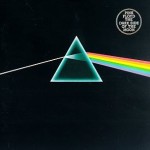 1965, The Rolling Stones kicked off their fourth 37-date North American tour at the Forum in Montreal, Quebec, Canada. 1965, The Who's new single, "My Generation" backed with "Shout and Shimmy," is released in the UK by Brunswick. Derek Johnson … END_OF_DOCUMENT_TOKEN_TO_BE_REPLACED

More Posts from this Category

Song Of The Day by Eric Berman – The Jukebox Series #77 – The Rolling Stones: “Honky Tonk Woman” b/w “You Can’t Always Get What You Want”– London 45-910 (N8/P8) “The Jukebox Series” focuses on the 80 records that inhabit my 1963 Seeburg LPC1 jukebox. I’ve had my jukebox (or as I like to call it “the prehistoric iPod”) for a little over twelve years and in that time I’d like to think that I’ve perfected the mix of 45s within. And no jukebox is complete without a single by The Rolling Stones! The first thing that grabs you is the … END_OF_DOCUMENT_TOKEN_TO_BE_REPLACED

Song Of The Day by Eric Berman – The Jukebox Series #76 – Martha and the Vandellas: “Wild One” b/w “Dancing Slow”– Gordy 7036 (L8/M8) “The Jukebox Series” focuses on the 80 records that inhabit my 1963 Seeburg LPC1 jukebox. I’ve had my jukebox (or as I like to call it “the prehistoric iPod”) for a little over twelve years and in that time I’d like to think that I’ve perfected the mix of 45s within. Today’s Song Of the Day is the second single in the jukebox by Martha Reeves and the Vandellas. As a result, I will pick up some of … END_OF_DOCUMENT_TOKEN_TO_BE_REPLACED

More From Song of the Day

Our sports coverage has moved to our sister site:

After getting an offer at a Niagara Falls dance to play for a traveling band, Denny Tedesco’s father Tommy takes his guitar to L.A and eventually becomes part of the 60’s and 70’s group of studio musicians “The Wrecking Crew”. They played for The Beach Boys, Mamas and Papas, The Byrds, Sonny and Cher, The […]

Get Our Daily Update Email