You are here: Home / Archives for Broken Anchor 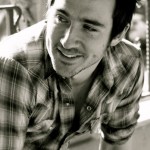 Includes an audio interview (see below) There is a constant barrage of press releases from publicists touting album releases, tour appearances, and films. Every so often one catches my attention, most often because its a rock pioneer, such as Alan Parsons, whom I interviewed in October of 2012. This time, however, it was for an indie artist appearing at one of the … END_OF_DOCUMENT_TOKEN_TO_BE_REPLACED