You are here: Home / Archives for Bruce Arians

on the Weekend Sports Report with Packer Dave and Steve Leventhal ...Jeff Rich joins us to preview the Green Bay Packers - Arizona Cardinals playoff game, the three other NFL games this weekend, and the head coaching changes in the league. Also, we'll discuss the new teams coming to the Los Angeles market, and Alabama's win over Clemson in the College Football Playoff … END_OF_DOCUMENT_TOKEN_TO_BE_REPLACED 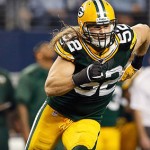 with Dave Rusch and Steve Leventhal ...Jeff Rich from MoreThanaFan.net joins the guys to discuss some of the key NFL matchups this weekend, analyze the Cards win over St. Louis, and comment on what the future of the Chicago Bears holds. Hear interview audio from Clay Matthews, Mike McCarthy, Reggie Bush, Arizona coach Bruce Arians, Dallas' Jason Garrett, and Eagles QB Mark … END_OF_DOCUMENT_TOKEN_TO_BE_REPLACED