You are here: Home / Archives for Football

The Chicago Bears fell to the Philadelphia Eagles in the 2019 Wild Card that will be remembered in infamy. Mitch Trubisky took over for the Bears' offense at his own 42 with a chance to extend the Bears' season and further silence his critics. His counterpart Nick Foles had just orchestrated what appeared to be the nail in the coffin of the Bears' season until Tarik Cohen's … END_OF_DOCUMENT_TOKEN_TO_BE_REPLACED 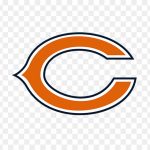 The 2018 Chicago Bears fell to the New York Giants on Sunday in what can only be described as a bizarre game. There were trick plays, a backup quarterback, a defensive touchdown and even an onside kick. The Giants came out victorious in the end though, 30-27. Though it was a win against a first-place team, Giants running back Saquon Barkley described it as "Just a win." He … END_OF_DOCUMENT_TOKEN_TO_BE_REPLACED

The Chicago Bears celebrated Thanksgiving with a 23-16 win over the Detroit Lions. It wasn't easy, and it certainly wasn't ideal, but the Bears won their fifth straight game for the first time since 2012 and went three-for-three in their stretch of divisional games. Tough circumstances The unfortunate timing of playing an early Thanksgiving game 80 hours after a Sunday … END_OF_DOCUMENT_TOKEN_TO_BE_REPLACED

The 2018 Chicago Bears earned an enormous divisional win on Sunday night, defeating the Rams 25-20. Now, they look toward this Thanksgiving for a meeting with the Detroit Lions. The Willis Tower was illuminated with blue and orange lights after the Bears added a crucial win against the presumptive NFC North favorites, a sign of the excitement this city has for its beloved … END_OF_DOCUMENT_TOKEN_TO_BE_REPLACED 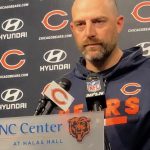 The 2018 Chicago Bears will face the Minnesota Vikings this Sunday night in the biggest game in recent Bears history. First place in the NFC North is on the line and the Bears have a chance to separate themselves by a game and a half against the presumed division favorites. Vikings' receiving corps vs Bears' secondary The Minnesota Vikings have a slew of pass-catchers that … END_OF_DOCUMENT_TOKEN_TO_BE_REPLACED