You are here: Home / Archives for Jimmy Buffett 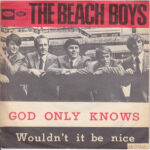 1966, The Beach Boys "God Only Knows" peaked in the second spot on the UK singles chart. The song was groundbreaking in many ways. It was one of the first commercial songs to use the word "God" in its title and Brian Wilson used many unorthodox instruments, including the French horns that are heard in the song's famous introduction. 1967, British music entrepreneur and the … END_OF_DOCUMENT_TOKEN_TO_BE_REPLACED

1967, The Monkees second album More Of The Monkees, went to No.1 on the charts. In 1967 only four albums reached No.1; The Sound Of Music which spent 17 weeks at No.1, The Beatles Sgt Pepper"s, 25 weeks at No.1 and The Monkees" first and second albums spent 9 weeks at No.1. 1967, The Who played at the Shoreline Hotel in Bognor Regis, West Sussex, … END_OF_DOCUMENT_TOKEN_TO_BE_REPLACED

1966, Bob Dylan and The Band played at the Convention Center in Louisville, Kentucky. This was the first date on a world tour which would become noted as Dylan's first that used electric instruments, after he had ‘gone electric’ at the 1965 Newport Folk Festival. 1967,  The Rolling Stones’ Between the Buttons enters the U.K. chart at No. 3. 1967, The Monkees self-titled … END_OF_DOCUMENT_TOKEN_TO_BE_REPLACED