You are here: Home / Archives for John Lennon/Plastic Ono Band ~ Power To The People 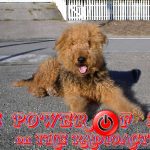 I'm Uncle Marty, this is The 3D RadioActivity, and we're taking it to the 361st level this time.  Power may refer to:Science, Mathematics, Physics, Computing, Social structures and politics, Places in Montana, West Virginia, and in Idaho, Sports, Film, Literature, Television, and music with A dozen or more albums, and armed with nearly 40 songs, we are ready to put on a display … END_OF_DOCUMENT_TOKEN_TO_BE_REPLACED