You are here: Home / Archives for Lindisfarne 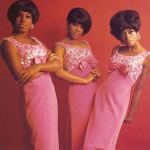 1964, The Supremes became the first all girl group to have a UK chart topping single when "Baby Love" went to the top of the charts. 1965, David Bowie and the Lower 3rd appeared at The Marquee Club, London. 1965, The Kinks, The Who, Georgie Fame & The Blue Flames, The Hollies, Wilson Pickett and The Golden Apples Of The Sun all appeared at the Glad Rag Ball, Wembley … END_OF_DOCUMENT_TOKEN_TO_BE_REPLACED

1966, At a photo session with Bob Whitaker’s studio in London, The Beatles posed in white coats using sides of meat with mutilated and butchered dolls for the cover of their next American album, Yesterday and Today. After a public outcry, the album was pulled from stores and re-issued with a new cover. At the time, some of the Beatles defended the use of the Butcher photograph. … END_OF_DOCUMENT_TOKEN_TO_BE_REPLACED