You are here: Home / Archives for Linkin Park 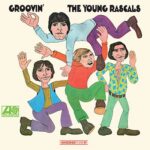 1965, The Who performed at Town Hall in Kidderminster, West Midlands, England. 1966, Bob Dylan and The Band played at the ABC Theatre in Edinburgh, Scotland. Some members of the audience were unhappy with Dylan "going electric," and attempted to overpower the band by playing their own harmonicas. 1966, Pete Townshend and Roger Daltrey of the Who grew tired of waiting for … END_OF_DOCUMENT_TOKEN_TO_BE_REPLACED