You are here: Home / Archives for Lionel Messi

with Packer Dave, Steve Leventhal, and John Poulter Our guest Mark Carman of WGN Radio and FanSided.com joins us to talk about the Chicago Bulls and their 2018 NBA draft pick Wendell Carter, Jr. Steve and John discuss the 2018 World Cup results so far, and their picks for the round of 16. John also gives us his Major League Baseball analysis of the season to date. Hear Dave … END_OF_DOCUMENT_TOKEN_TO_BE_REPLACED 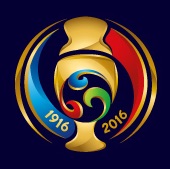