You are here: Home / Archives for Mac Davis 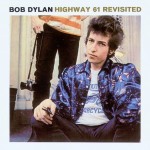 1965, Bob Dylan recorded "Like A Rolling Stone" at Columbia Recording Studios in New York City, during sessions for the forthcoming Highway 61 Revisited album. Session musicians included Mike Bloomfield and Al Kooper, whose Hammond organ on "Like A Rolling Stone" became one of rock's most recognizable sounds. 1965, The Who's manager Chris Stamp goes on his first trip to see … END_OF_DOCUMENT_TOKEN_TO_BE_REPLACED