You are here: Home / Archives for MC5

1963, James Carroll at WWDC in Washington, DC, became the first disc jockey to broadcast a Beatles record on American radio. Carroll played "I Want To Hold Your Hand," which he had obtained from his stewardess girlfriend, who brought the single back from the UK. Due to listener demand, the song was played daily, every hour. Since it hadn't been released yet in the States, … END_OF_DOCUMENT_TOKEN_TO_BE_REPLACED 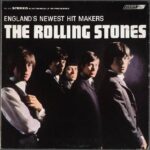 1963, The Beatles perform on BBC TV for the first time on The 625 Show. 1964, The Rolling Stones first album was released in the UK, it went to number one two weeks later and stayed on the chart for 40 weeks, with 11 weeks at the top of the charts. 1964, The Beatles filmed the "chase scenes" for A Hard Days Night with actors dressed as policemen in the Notting Hill Gate … END_OF_DOCUMENT_TOKEN_TO_BE_REPLACED

1965, Mick Jagger, Brian Jones and Bill Wyman all received electric shocks from a faulty microphone on stage during a Rolling Stones show in Denmark. Bill Wyman was knocked unconscious for several minutes. 1966, The Who performed at St. George's Ballroom in Hinckley, Leicestershire, England. 1967, Jimi Hendrix appeared at the Tabernacle Club in Stockport, Manchester, … END_OF_DOCUMENT_TOKEN_TO_BE_REPLACED