You are here: Home / Archives for The Jackson Five

1967, Rolling Stones guitarist Brian Jones was rushed to St Georges hospital in London after collapsing. A doctor reported Jones was tired and suffering from over strain and was also recovering from having some teeth out. 1968, Deep Purple played at the Grande Ballroom in Detroit, Michigan. 1968, Marvin Gaye scored his first number one single when "I Heard It Through The … END_OF_DOCUMENT_TOKEN_TO_BE_REPLACED

1964, Manfred Mann started a two week run at number one on the US singles chart with "Do Wah Diddy Diddy."  It was also a chart topper in the UK. The song was first released by the US group The Exciters. 1967, A 10-date package tour of the UK played the last night at the De Montfort Hall, Leicester featuring Traffic, The Young Rascals, Vanilla Fudge, Art and Keith … END_OF_DOCUMENT_TOKEN_TO_BE_REPLACED

1967, Filming began for The Beatles Magical Mystery Tour. There was no script, nor a very clear idea of exactly what was to be accomplished, not even a clear direction about where the bus was supposed to go. The "Magical Mystery Tour" bus set off for the West Country in England stopping for the night in Teignmouth, Devon were hundreds of fans greeted The Beatles at their … END_OF_DOCUMENT_TOKEN_TO_BE_REPLACED 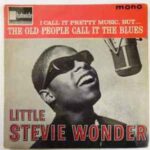 1966, At a press conference held at The Astor Towers Hotel in Chicago, John Lennon apologized for his remarks that The Beatles were “more popular than Jesus." Lennon told reporters “Look, I wasn’t saying The Beatles are better than God or Jesus, I said "Beatles" because it’s easy for me to talk about The Beatles. I could have said "TV" or "Cinema," "Motorcars," or anything … END_OF_DOCUMENT_TOKEN_TO_BE_REPLACED